Srinagar, December 30: With an aim to further the development of football at the grass-root level, Real Kashmir FC will soon be starting its first football academy outside Srinagar in North Kashmir.

RKFC’s coaches will lead young players from North Kashmir in talent hunting as part of the club’s program for the first time. In the academy, young children under the age of 13 and teenagers under the age of 15 will be divided into two categories, it further said.

Quoting its Chairmain Sandeeo Chattoo, Real Kashmir FC statement sajd that getting to the grassroots level and spreading positivity is the key objective behind the program.

“The club from Srinagar has brought so much positivity to the state, and I believe taking it to different parts of the interior of Kashmir will also help make these places more accessible and shared the same positive feelings that football brings. Overall, it has been a fantastic experience,” Sandeep Chatto said in a statement issued.

RKFC has decided to set up a comprehensive academy in North zone so that it can reach out to youth from different parts of Kashmir.

As per officials of the RKFC, Pattan area in North Kashmir will be the first location of the academy, which will then extend to every area in North as well as South Kashmir.

Due to the Covid-19 pandemic RKFC’s talent hunt program had some to a standstill but now it’s up again to nurture the aspiring footballers of the valley.

As part of the development of the local game, RKFC has also enlisted local coaches. Players under the age of 13 and 15 years are being tested on the playing field of the Government Degree College on Sunday. 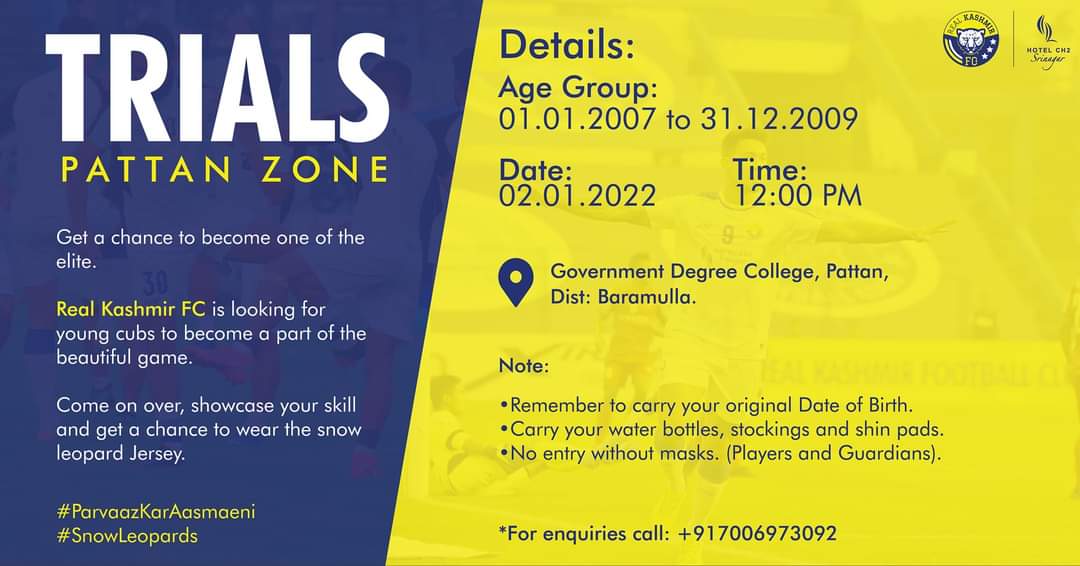