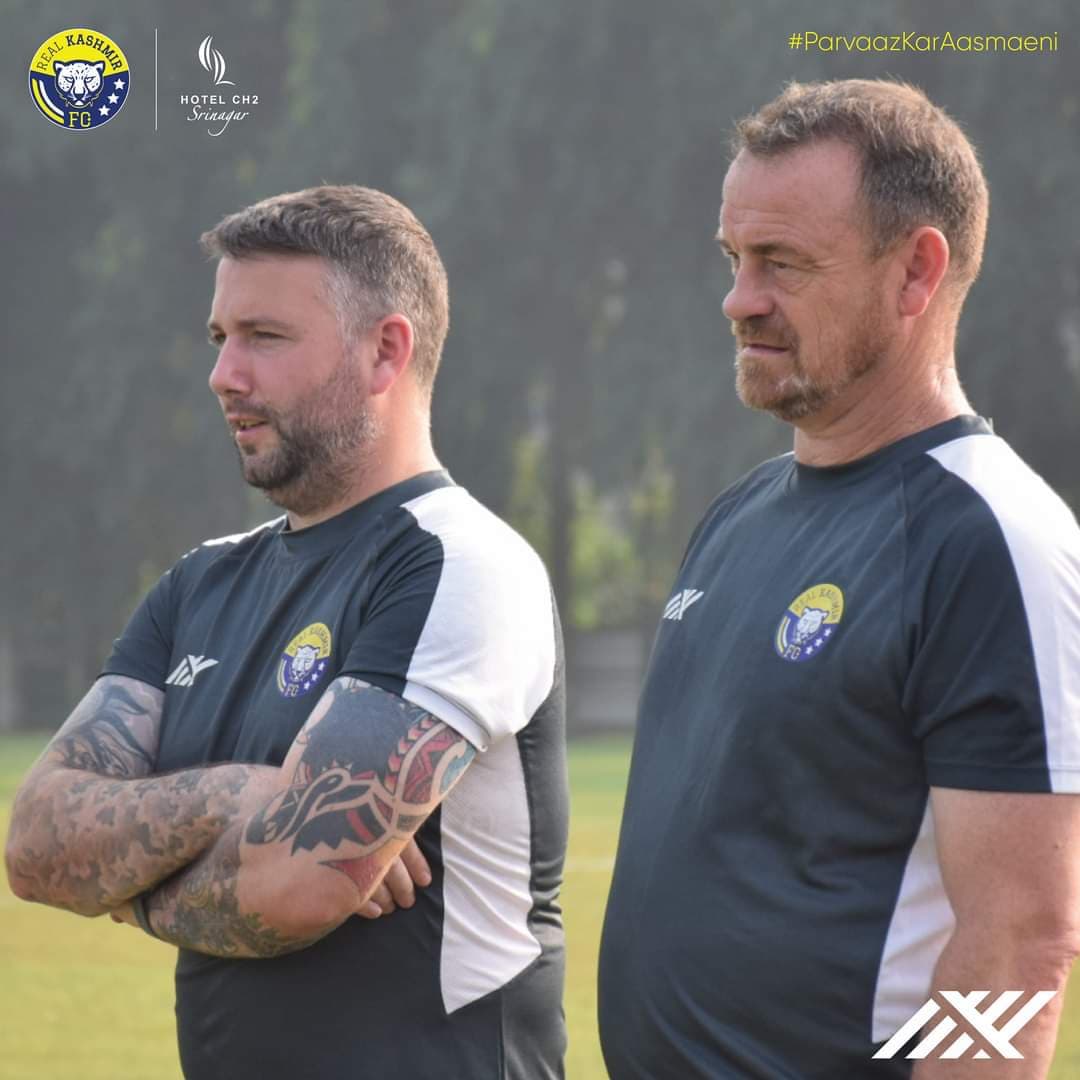 New Delhi, November 25: After bursting onto the scene almost five years ago, Real Kashmir FC are no longer the new kids on the block. The team from the Himalayas have been performing very well in the Hero I-League.

Going back to 2014, in the aftermath of the Kashmir floods, what started initially as a community outreach programme, sowed the seeds for what later became Real Kashmir Football Club. Since then, their rise has been meteoric. They have established themselves as one of the most talented teams in the Hero I-League, and in the 2021-22 season, the team wants to reach the summit and win the tournament.

Having finished 5th in the 2020-21 season, head coach David Robertson believes they can improve their position this time around. “Last time around, it was a strange season. Due to the pandemic, the games were played in a short space of time, and I felt our squad did not have the quality in depth. However, this season, we would like to seriously challenge for the Hero I-League title,” he said.

The Scotsman, who has played for an array of iconic clubs like Aberdeen, Rangers and Leeds United, is happy with the preparations and the makeup of his squad. “We have just trained for five weeks in Kashmir which has been beneficial as this is the first time that we have had a proper pre-season since our first campaign in the Hero I-League,” he explained. “We have played a few friendly games, which have been good for our team chemistry. I feel we have a great group of players and staff both on and off the field.”

Robertson has been there throughout the Snow Leopards’ footballing ascent. He has been accompanied by his son, Mason, who now captains the squad. The ups and downs of that journey have strengthened his bond with the club and the place. “We have a fantastic following and support. I feel for the people of Kashmir as they cannot see their team up close due to the pandemic,” he said. “We have built up a great team spirit which is huge if you are to be successful. Having been here for almost five years, I feel Kashmir is my second home.”

Being the first club from the region to grace the Hero I-League, Real Kashmir are naturally seen as the flag bearers of football in Jammu and Kashmir. However, Robertson believes there is no added pressure on the local, homegrown players to do well.

“It does not matter where a team comes from as we have expectations from our state as we are not a new club anymore. We have established ourselves in the league and now have to push to challenge for the title,” he opined.When asked about how the players will be feeling about not being able to play in their home stadium this season, Robertson said, “Many of the players we recruited were excited to play in Kashmir, but that will not be possible,” he said. “Our support is passionate and has given us the energy in previous games to keep going until the end.”