Reason why Pakistan were penalised 5 runs against West Indies 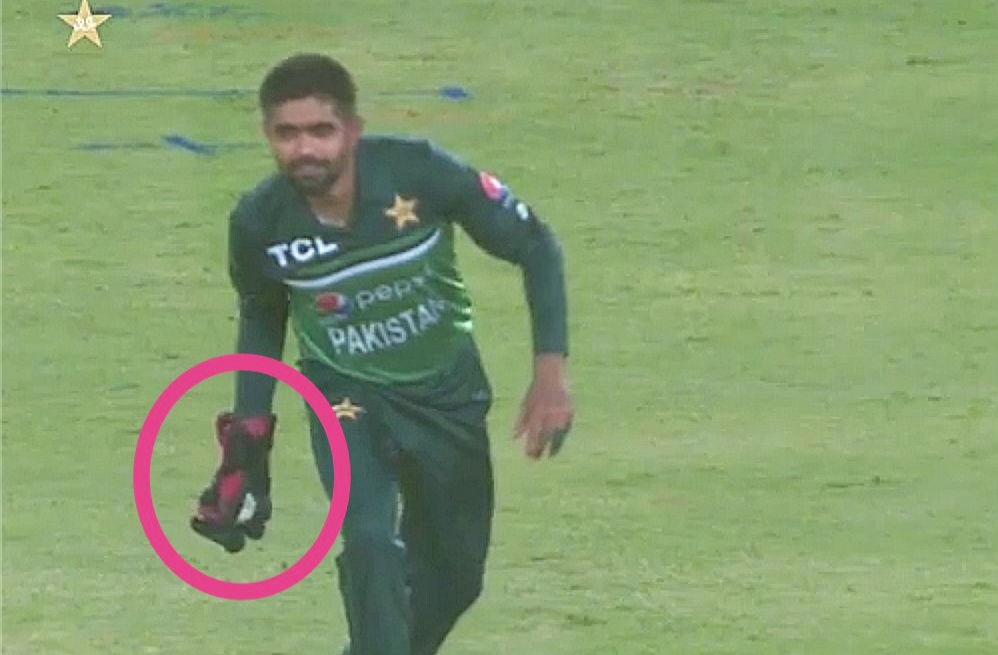 In the batting form that he is currently in, it would feel like Babar Azam can hardly put a foot wrong on a cricket field.

The captain of Pakistan has crossed the 50-run milestone in each of his last eight international innings, a run that included three consecutive ODI centuries.

In the 29th over of the West Indies innings though, Babar Azam was spotted to have picked up one of the wicket-keeping gloves from Mohammad Rizwan and used it to collect a throw behind the stumps.

This was deemed as illegal fielding by the on-field umpires and as a result, added five extra runs to the West Indies total.

No fielder other than the wicket-keeper shall be permitted to wear gloves or external leg guards. In addition, protection for the hand or fingers may be worn only with the consent of the umpires.

The incident did not have a serious impact on the match result as Pakistan went on to take an unassailable 2-0 lead in the three-match ODI series thanks to captain Azam’s 77 and a Player of the Match performance by Mohammad Nawaz who picked up 4/19 in his 10 overs.