Remember when Shoaib Akhtar hit Mohammad Asif with bat: Here is what Shahid Afridi had to say

Kashmir Sports Watch May 15, 2021 10:35 am
‘Parvez Rasool, Mehraj ud Din Wadoo asked to get ready & train J&K youth’
He is No.1 batsman in today’s era: Check out what Mohammad Yousuf said about Virat Kohli, Babar Azam

Srinagar , May 15: Controversy and Pakistan cricket go hand in hand and one such famous incident is when Shoaib Akhtar hit Mohammad Asif with bat , subsequently was sent back home from World T20 2007 South Africa .

Shoaib Akhtar in his autobiography Controversially yours said that it was Shahid Afridi who was responsible for the incident.

“Afridi was aggravating the situation and I swung the bat at both of them. Afridi ducked, but Asif couldn’t get out of the way, the bat struck him on his thighs and he collapsed. I had lost it. I had never behaved like this, especially in the dressing room,” Shoaib Akhtar said in his book.

After all these years Shahid Afridi has also touched the topic and has denied aggravating the situation.

“Asif had sided with me in a joke which enraged Shoaib and all this happened. But Shoaib has a very beautiful heart.”

Afridi remembered his early days in cricket where his father wanted his to focus on studies rather than cricket.

“I used to sleep in my kit if I had a match the next day because I didn’t want to be late.”

“There was no social media at that time, so people showed my pictures in Dawn and Jang to my father and said his son was indeed up to something good.” 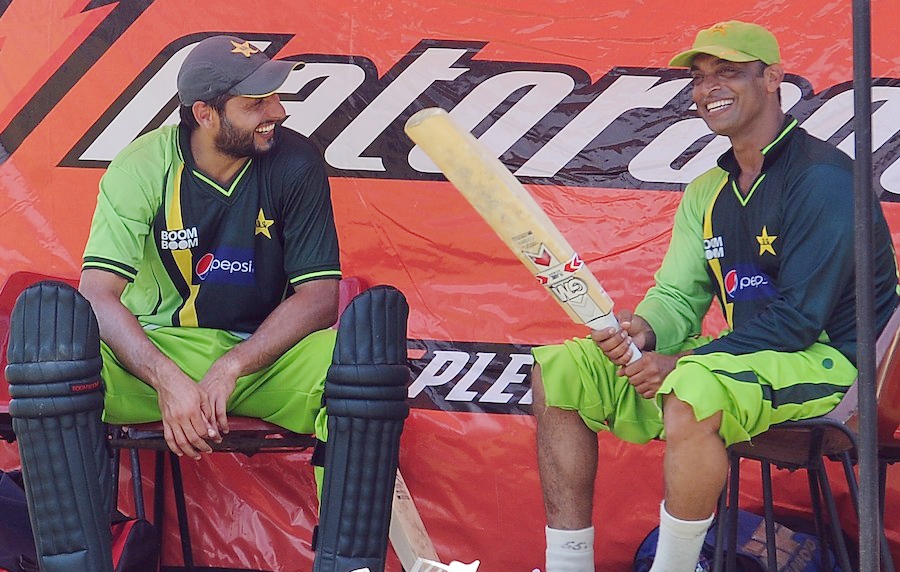