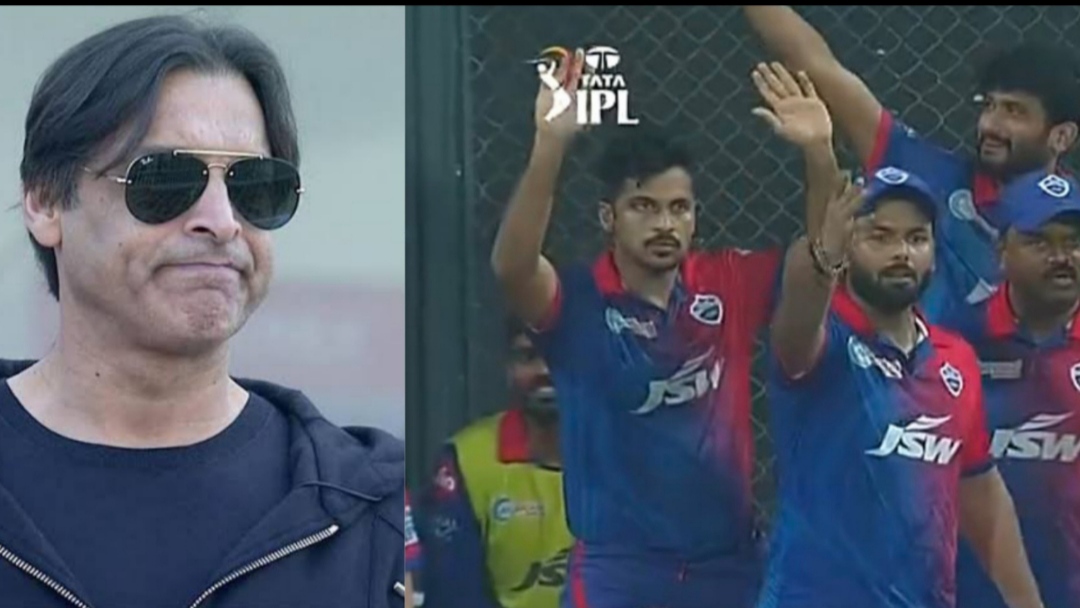 Srinagar, May 12: Former Pakistan cricketer Shoaib Akhtar has said that Delhi Capitals skipper Rishabh Pant should have acted wisely and maturely during the controversial no-ball call in ongoing IPL-2022 against Rajasthan Royals.

Rajasthan Royal’s 15-run win over Delhi Capitals was overshadowed by protests over an umpiring decision in the final over.

Delhi needed 36 off the final over. Rovman Powel hit Obed McCoy for three consecutive sixes off the first three deliveries.

The third six came off a high full toss from the left-arm fast bowler and the on-field umpires ruled the delivery was not above the waist and did not call a no-ball, which would have given Delhi an extra run and a free-hit on the next ball.

“There are a lot of occasions where you should be the bigger person. Rishabh Pant is young, he is like my younger brother. Whenever such situation comes, always show grace,” Shoaib Akhtar in an interview with Sportskeeda Cricket.

The Delhi dugout appeared upset that the on-field officials did not seek help from the television umpire to check the height of the delivery with captain Rishabh Pant seen waving to his two batters to leave the field.

“I thought he made a mistake in that moment. He is a young kid, very passionate and just got appointed as captain. He is very talented and has a lot of career left in front of him.

“Shane Watson was trying to save him from the controversy. He was trying to safeguard him and not letting him get into this. If you look at it, it was a no-ball. But if the umpire has said, then you should register your protest. You shouldn’t call your players out.

“During the 2006 Test, Inzamam lead the side off the field. I told the chairman that this is wrong, this is against the spirit of the game. Whatever it is, the protest is registered and now you should now go inside. The Test match should be completed, don’t let it get forfeited. I cannot support wrong things.”