Srinagar 2 July : In a major development that will come up as major boost for football lovers of J&K, the rivalry between two factions of football seems to have ended as J&K Football Association (JKFA) President Zamir Thakur joins rival group National and International Footballers Forum ( NIFF ) function in Srinagar.

There has been talks that , JKFA and NIFF are working on to end rivalry with couple of meetings held between the two. The latest development of JKFA President attending function of its arch rivals has added to the speculation with photograph of the event going viral on social media and whatsapp groups.

As per NIFF, it was sudden and short friendly match organised between Colaba Veterans Mumbai and Srinagar City Veterans.

“It was a sudden and short friendly game played between Colaba Veterans Mumbai Vs Srinagar City Veterans at Synthetic Turf Ground,” NIFF statement on its Facebook page reads.

Though Zamir Thakur was present in the function and he is visible in the group photograph that breaks all COVID SOP’s , it seems NIFF has intentionally downplayed his presence .

While in the post ( statement ) NIFF has mentioned designation and prominence of others , it seems to deliberately slipped mentioning Zamir Thakur as President JKFA.

“Presence of First International Footballer M Shafi Nari added much weightage to the match after reacting with both the teams before match. He was accompanied by Mr. Z A Thakur during the interaction. International stars of soil Mehrajdin Wadoo & Ishfaq Ahmed were also part of the game. The match ended at 2-0 in favour of Srinagar Veterans,” Post further reads.

The presence of Zamir Thakur in the NIFF organised event has gone viral. While some are welcoming the move for the development of the game , some are terming it is dual policy wherein only personal goals takes centre stage .

“Good to see all joining together. It will helo in the development of the game,” said one user.

Another person said that it is height of hypocrisy and no one in Kashmir is sincere towards the game.

“Only some time back these were hurling abuses at eachother and terming other party corrupt. It seems all corruption is gone and everything has been settled. OffCourse personal goals have been achieved while no one cares about football,” said Gulzar a Srinagar local.

“The group seemed to have come to Kashmir as tourists and NIFF has tapped it for thier personal gains. May be some of the NIFF members own hotels and have given thier hotel guests free tour of Srinagar Stadium,” said Adil another Srinagar local.

Meanwhile with ease in COVID 19 cases , Goverment has allowed outdoor events in its Stadiums under strict adherence of COVID 19 SOP’s . However in the photograph posted by NIFF, all the guidelines and SOP’s seem to have been floated .Almost all persons in the photograph are without masks ans number also seem to exceed the allowed as photograph has around 50 participants . All violations including six feet gap, has happened during the event which was held at Sports Council owned property and had its employees as participants .

With guests being from outside State ( Former COVID Hotbed Mumbai) the floating of SOP’s can have detrimental effect on the overall conditions of COVID in Kashmir. Sports Council higher authorities should look into the matter and take action against its employees who were involved in the event and didn’t maintained SOP’s. 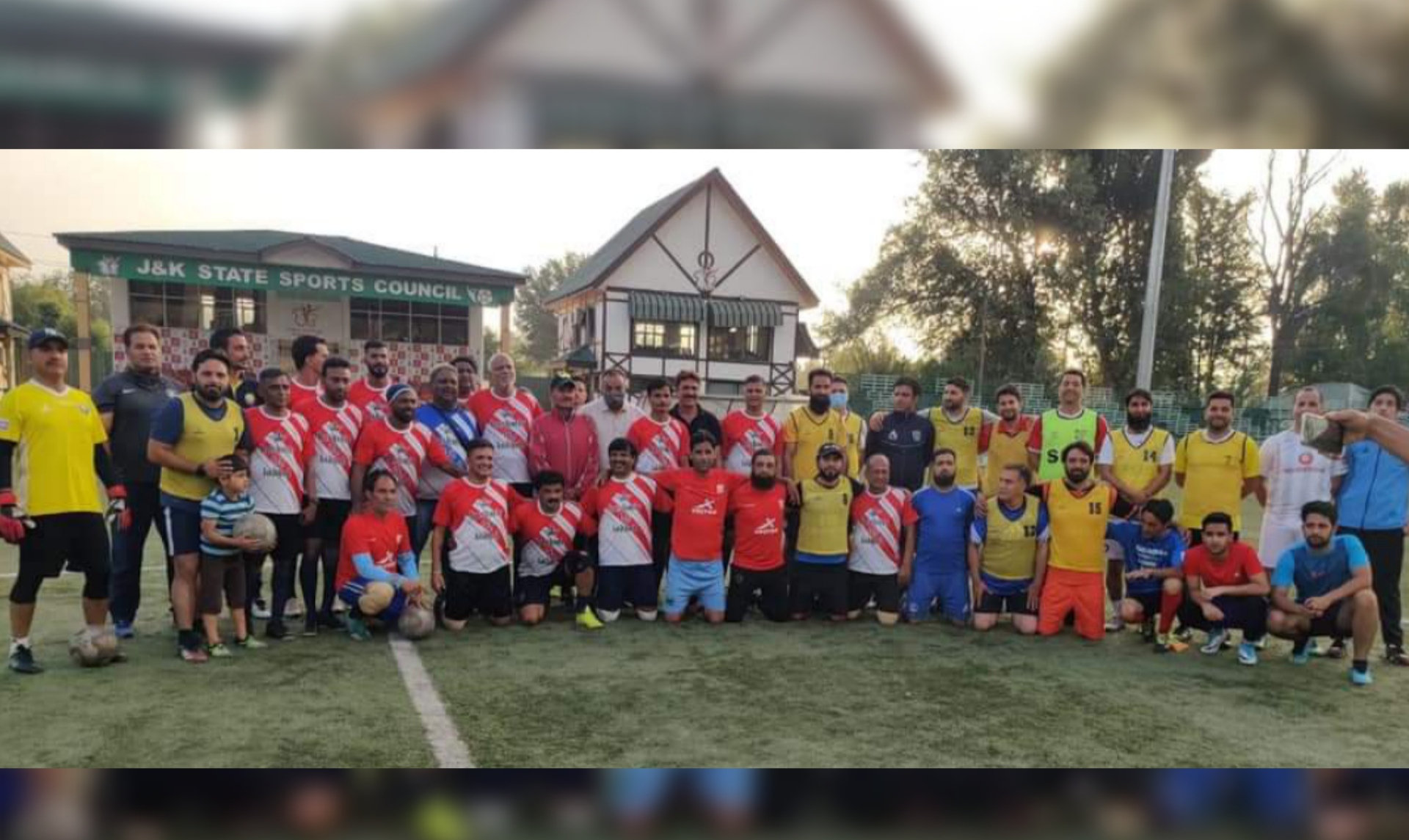