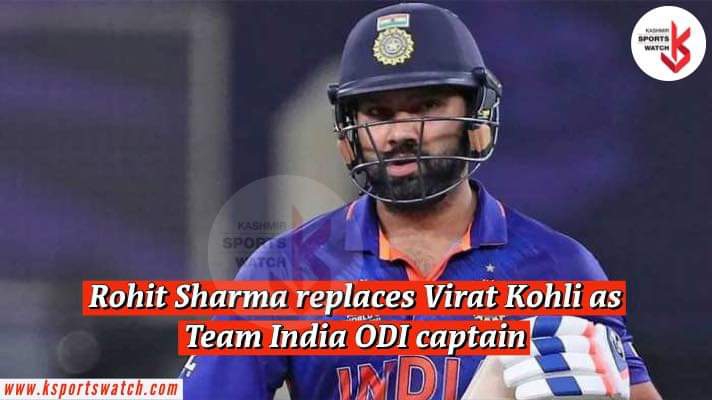 Mumbai, December 8: Rohit Sharma was named India’s full-time ODI captain by the All-India Senior Selection Committee as they announced the Test squad for their upcoming tour of South Africa.

Rohit will replace Virat Kohli, who stepped down as T20I captain after the ICC Men’s T20 World Cup, as the team’s limited-overs captain.

Rohit was also named vice-captain of the India Test side, replacing Ajinkya Rahane in the role. The selection committee named an 18-member squad led by Kohli for their three-match ICC World Test Championship series in South Africa, beginning on 26 December.

It was a return to the Test side for Rohit, alongside KL Rahul, Rishabh Pant, Jasprit Bumrah and Mohammed Shami, all of whom sat out the home series against New Zealand.

The squad also featured a return for Shardul Thakur, in a pace-heavy squad, but all of Ravindra Jadeja, Shubman Gill, Axar Patel, and Rahul Chahar were not considered for selection due to various injuries.

Jayant Yadav, who impressed in the Mumbai Test against New Zealand – his first Test outing since 2017 – was retained in the side and will join R Ashwin in the spin department. There was also a return to the side for Hanuma Vihari, who has impressed for India A in South Africa in the last few weeks.

The side will play three Tests in South Africa, starting with the Boxing Day Test in Centurion, with the subsequent two matches set to be played in Johannesburg and Cape Town.