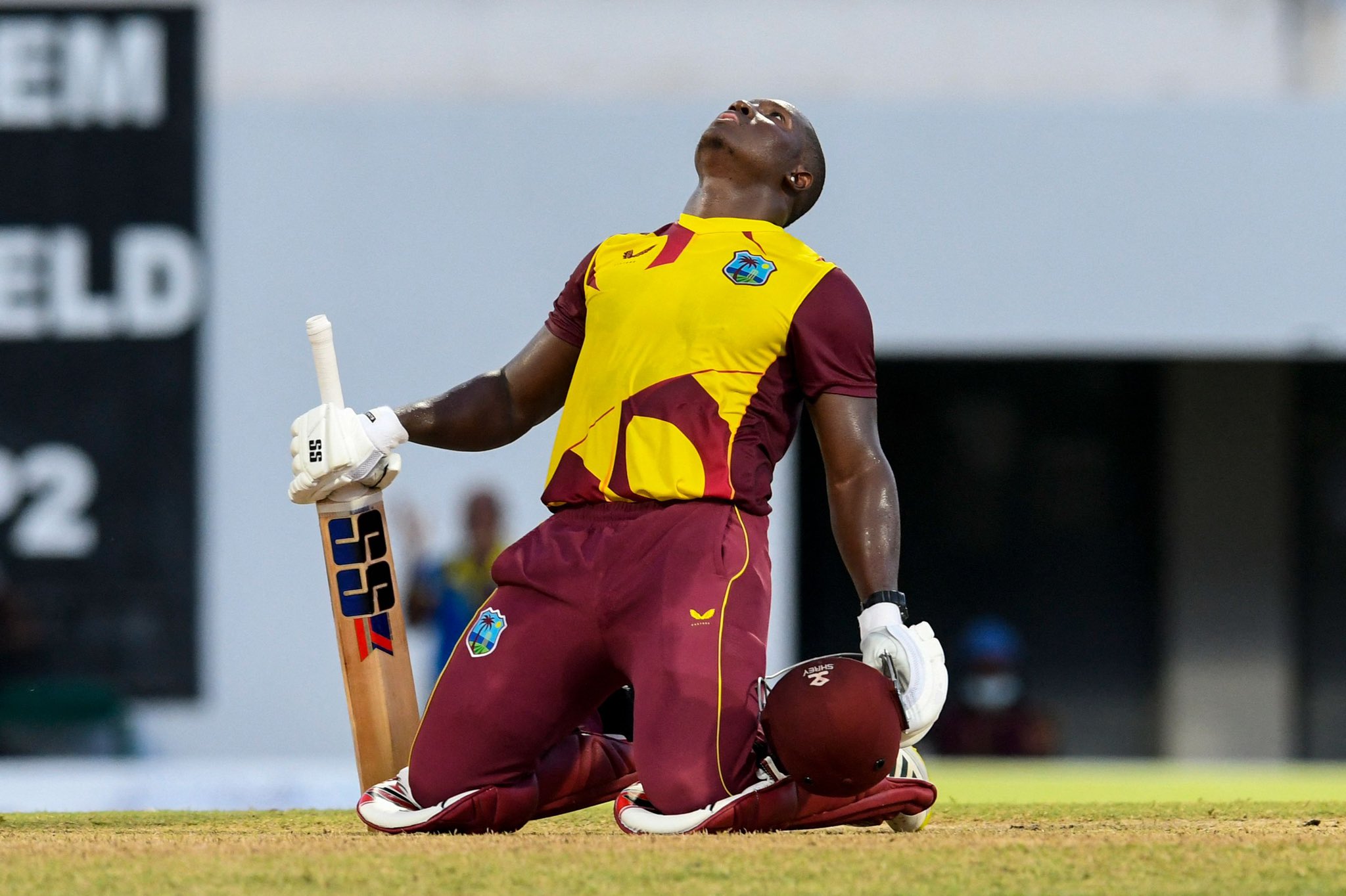 Bridgetown , January 27: Rovman Powell scored 53 ball 107 while as Nicholas Pooran scored 70 off 43 to help West Indies secure a 20-run victory over England in Bridgetown on Wednesday.

With this win West Indies took 2-1 lead in the five-match T20 International series.

After losing the second match by one run, the hosts posted a challenging 224-5 in 20 overs with Powell’s 53-ball knock including 10 sixes and four boundaries.

He combined well with Pooran, who scored 70 from 43 balls, as the pair put on 122 runs for the third wicket after England won the toss and opted to field.

England, who were without injured skipper Eoin Morgan and handed debuts to three players, managed 204-9 in 20 overs, including a battling 73 by Tom Banton and 57 by Phil Salt lower down the order in his first T20 international game.

“Kudos to Rovman. He came in and took his chance,” Pollard said. “We had a good discussion about our batting and what we wanted to do. It was a complete game, I’m happy for the guys.

“The challenge is coming back again, we want to replicate that performance.”

England stand-in skipper Moeen Ali said the side had missed Morgan’s influence but looked forward to the final two matches on Saturday and Sunday.

“A fantastic partnership took the game away from us but proud of the way the boys batted at the end,” Moeen said. “We’ve got guys putting their hands up … We’re confident in our side and we said from the start it would be a brilliant series.”