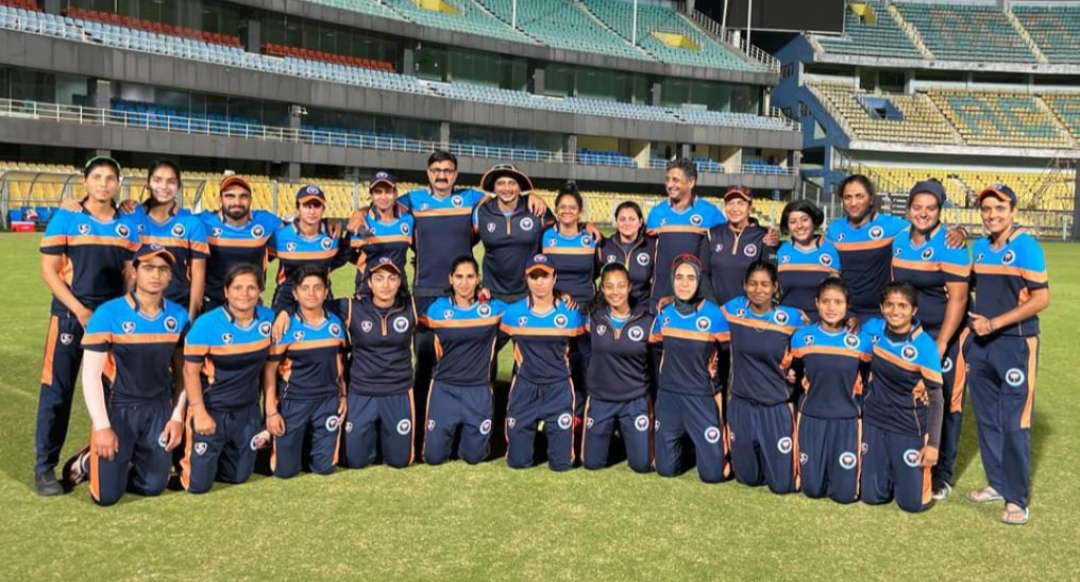 Jammu, Apr 25: Rubia Sayed was at her butchering best and stylish Bushra Ashraf showed promise, while spinners Nadia Chowdhary and skipper Sandhya Sayal spun web around the rival batters as J&K drubbed Arunachal Pradesh by a big margin of 36 runs in their last group stage match to end the group campaign with five victories out of a total of six matches in the ongoing BCCI’s Senior Womens T20 Trophy at ACA Stadium, Barsapara, Guwahati, on Sunday.

Earlier, winning the toss and batting first, J&K rode on a big partnership of 95 runs between Rubia and Bushra to set a big target of 137 runs for Arunachal Pradesh. Rubia was in murderous touch as she sent the rival bowlers on a leather-hunt, hitting the ball with fluid grace and utter brilliance in her power-packed knock of 57 runs off 41 balls, studded with 9 boundaries and one massive six, while Bushra showed stellar grit and tenacity to notch up 40 runs off 43 balls with the help of 5 crispy boundaries. Both these batters showed composure, promise, serenity and grace in their approach.

For Arunachal Pradesh, Nabam Yapu and Runa claimed one wicket each by conceding 22 and 15 runs in their 4 overs respectively.
In reply, Arunachal Pradesh bundled out for 100 runs, thus lost the match by a margin of 36 runs. Megha Sharma top scored with 36 runs, studded with 5 boundaries, while Kajal Chaurasiya contributed 14 runs to the total. Runs also chipped in with 9 runs.

For Jammu and Kashmir, left-arm spinner Nadia Chowdhary was the pick of the bowlers, who took 3 wickets by conceding 17 runs in her 4 overs, while skipper Sandhya Sayal took 2 important wickets at a crucial juncture by giving away 16 runs in her 4 overs. Sarla Devi and Rubia Sayed shared one wicket each.

It was J&K’s fifth win in the tournament, registering wins against Mizoram, Manipur, Pondicherry, Sikkim and Arunachal Pradesh, while it lost to table toppers Nagaland in a close contest.