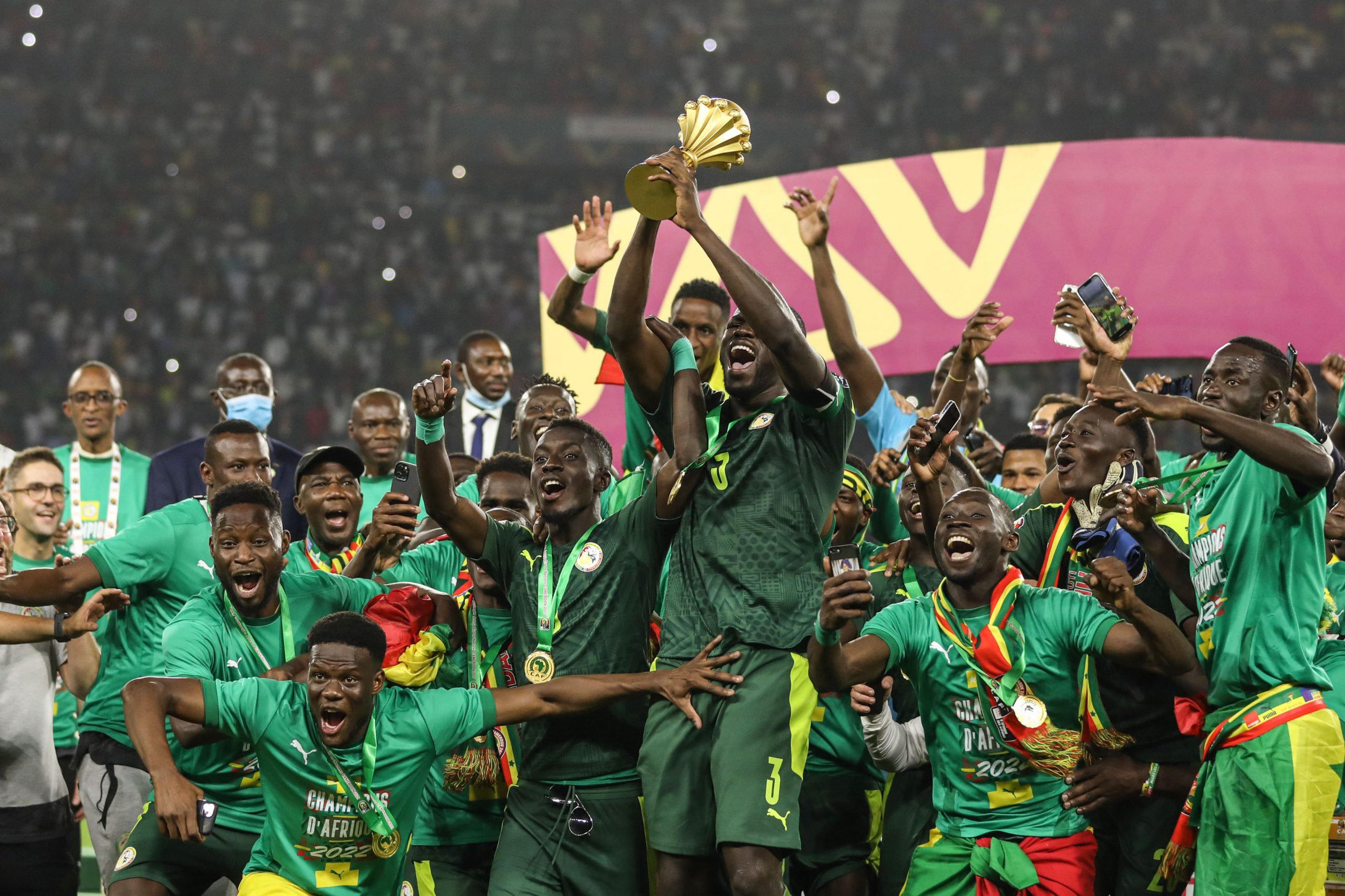 Srinagar, Febuary 7: Liverpool star player Sadio Mane prevailed over his teammate Mohammad Salah in a battle of two superstars as Senegal win their first African Cup as Salah could do nothing about it but stand and watch.

Sadio Mane, shoot put decisive penalty in a shootout into the bottom left corner to beat Salah and Egypt in Sunday’s final in Cameroon.

Senegal won the shootout 4-2 after it ended 0-0 after extra time. Salah, who was supposed to be his team’s final penalty taker, didn’t get a say in the shootout after two of his teammates missed.

Senegal had lost two finals previously, including against Algeria at the last African Cup of Nations in Egypt in 2019, when Mané was left inconsolable.

This time Mané provided the winning moment. He raced off to joyously celebrate with teammates but also returned to spend some time consoling Salah, who was in tears.

“We are proud,” said Senegal goalkeeper Edouard Mendy, who was also crucial to the cause by saving a penalty in the shootout. “We never won before. We worked really hard to win this trophy and today we won as a group, as a country.”

The final at the Olembe Stadium in Yaounde was billed as a battle between Liverpool forwards Mané and Salah, who were both searching for their first major title with their country.

But it never reached the heights of a classic despite the presence of the two superstars.

That was even after the final started with drama when Senegal won a penalty inside the opening five minutes for Mohamed Abdelmonem’s foul on Saliou Ciss.

When it became clear that Mané was going to take it, Salah went over to goalkeeper Mohamed Abou Gabal to give him some advice while covering his mouth with his hand. That appeared to irritate Mané, who interrupted their conversation and pointed with his hand toward the right corner of the goal.

In the end, Mané blasted the seventh-minute penalty straight down the middle and Abou Gabal blocked it.

Senegal continued in that vein to miss a series of other chances, with Abou Gabal starring as Egypt’s last line.

All three of Egypt’s knockout games before the final also went to extra time, and two of them to penalties, and Egypt seemed to be playing for another shootout in a bid to win a record-extending eighth African title.

Egypt won those shootouts in the last 16 and the semifinals without missing, but failed with two penalties in Sunday’s shootout.

Mané had said before the tournament that he would give up everything he’s won at club level to lift an African Cup with Senegal. He was so eager to get his hands on the trophy that he had to be shooed away from it when players were being given their medals.