Skipper Sarfraz Ahmed on Thursday expressed his resolve to make Pakistan the number one team in all three formats of cricket.

Ahmed, who was recently appointed Test captain, will be leading Pakistan in all three formats of the game. 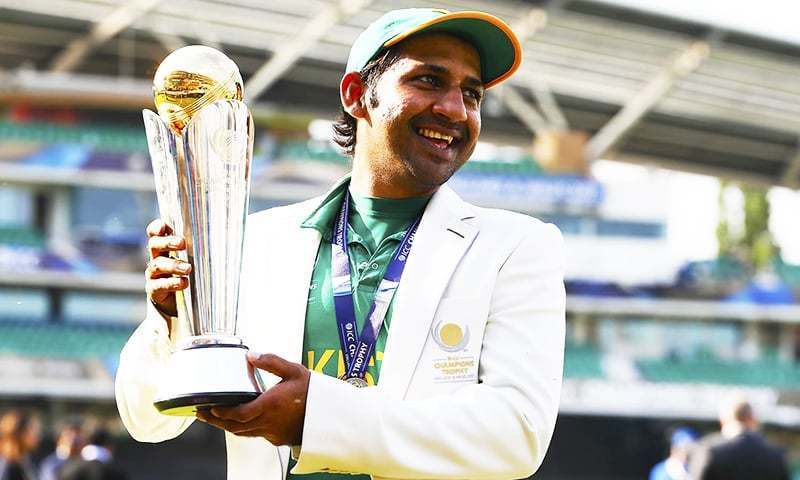 He had taken over as Pakistan’s T20 captain after Shahid Afridi stepped down from the post following the 2016 World T20 championship.

Ahmed was nominated ODI captain after Azhar Ali resigned in February this year.

After Misbah-ul-Haq’s retirement at the end of Pakistan’s tour of West Indies in May, Ahmed was appointed captain of Pakistan’s Test team as well.

“We will try our best to fulfill the nation’s expectations by winning future events as well. It will be our effort to make Pakistan the number one team in all formats of the game,” Ahmed said at a reception in Islamabad to commemorate Pakistan’s historic ICC Champions Trophy win.

Ahmed said that the win in the ICC Champions Trophy was the result of team work. “All players worked hard and fought like a unit to emerge victorious,” he said.

He said the Pakistan side had initially failed to deliver, but later bounced back strongly and defeated the world’s top sides in the event to emerge victorious.

Speaking on the occasion, Chairman Pakistan Super League (PSL) Najam Sethi said it was heartening that Pakistan’s young players had played a key role in the team’s win in the Champions Trophy.

Appreciating Sarfraz Ahmed, he said the Pakistan team captain had proved that he could lead from the front.

He also said it was encouraging that the Pakistan team had started to deliver after a long time, adding: “We’ve still to go a long way to improve our ranking.”