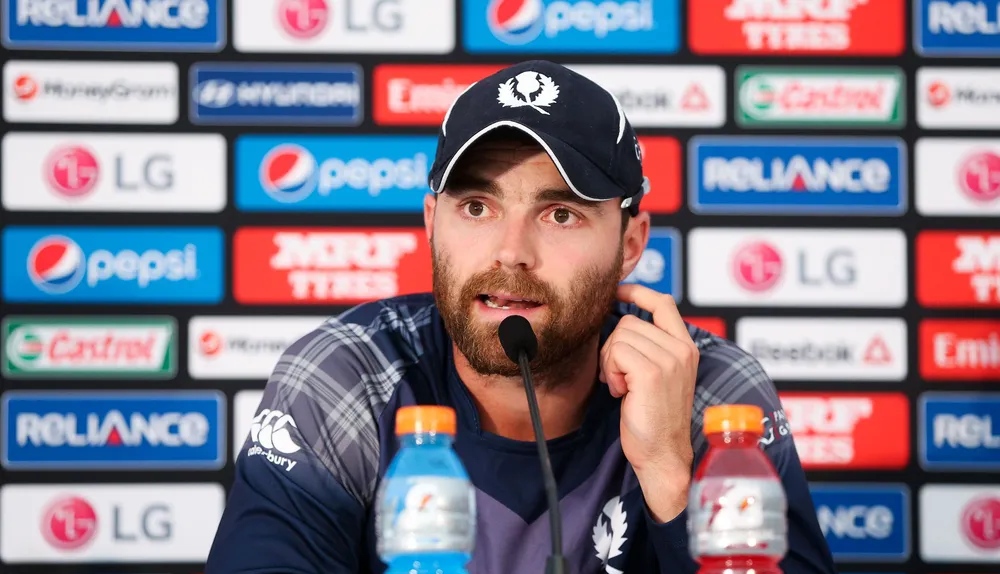 Dubai, October 20: There is frustration for Scotland that despite their historic win over Bangladesh, they still find themselves going into the final match against Oman in a must-win situation.

Having said that, coming into the ICC Men’s T20 World Cup 2021, Scotland would have expected to go into their game against Oman needing a win, so it will not come as a huge surprise.

It was a monumental night when they beat Bangladesh on Sunday, both in terms of the outcome and the manner. Scotland were going up against a team with so much experience, Mushfiqur Rahim, Mahmudullah and Shakib Al Hasan had almost 300 T20I caps between them.

So it was some performance, particularly after they were reduced to 53 for six. Most people would have written them off at that stage but Mark Watt and Chris Greaves were unflustered and unfazed by the situation, sticking to the game plan to be aggressive.

Scotland carried the momentum of their batting into the bowling, and there is a lot more depth in the attack now with Brad Wheal and Josh Davey bringing the fight they showed with their respective counties into the World Cup. The spinners then strangled Bangladesh, with Greaves backing up his performance with the bat with the key wickets of Shakib and Mushfiqur.

He should be really proud of his performance, as the whole team should be. It was an historic performance, up there with the win over England at the Grange in 2018 and now it is important to back it up and reach the Super 12s. They did the job against Papua New Guinea but might look back and think they could have killed the game off sooner.

Against Oman the key will be the powerplay, both with bat and ball. Bilal Khan has shown why he is regarded as one of, if not the best fast bowler in Associate cricket and Oman’s strength looks to be the pace bowling, especially under lights.

Generally, I think you need to be aggressive in the powerplay, but against Oman, it may be a case of keeping wickets in hand and looking to take on the spinners.

Then with the ball, Oman have dangerous batters at the top of the order with Aqib Ilyas and Jatinder Singh, so taking early wickets will be key. If Scotland can do that, I think it could be quite comfortable, if not it will be another tough evening.

It’s an interesting dynamic watching Bangladesh play here because they are used to going into international games as underdogs, whereas here they are clear favourites and they have not dealt with that well.

They have really struggled with the bat in the powerplay, they just are not hitting enough boundaries. They had two in the powerplay against Oman, which won’t cut it at this level.

If Jatinder had hung around for three or four more overs, that might have been tournament over for Bangladesh, but the important thing is that they won and I expect them to put in a big performance against Papua New Guinea to boost their run-rate. If they do that, they will get through and effectively that is job done, but they will need to make big changes to their batting approach going further into the tournament.

You need to get ahead of the game in the powerplay in these conditions. In the Middle East, scoring in the middle overs can be difficult, so if you can get ahead of the game early, not only does that set you up nicely, it also means the change bowlers are coming on under more pressure. There’s a balance there, you want to take calculated risks, that is where you would need to see Bangladesh change their approach.