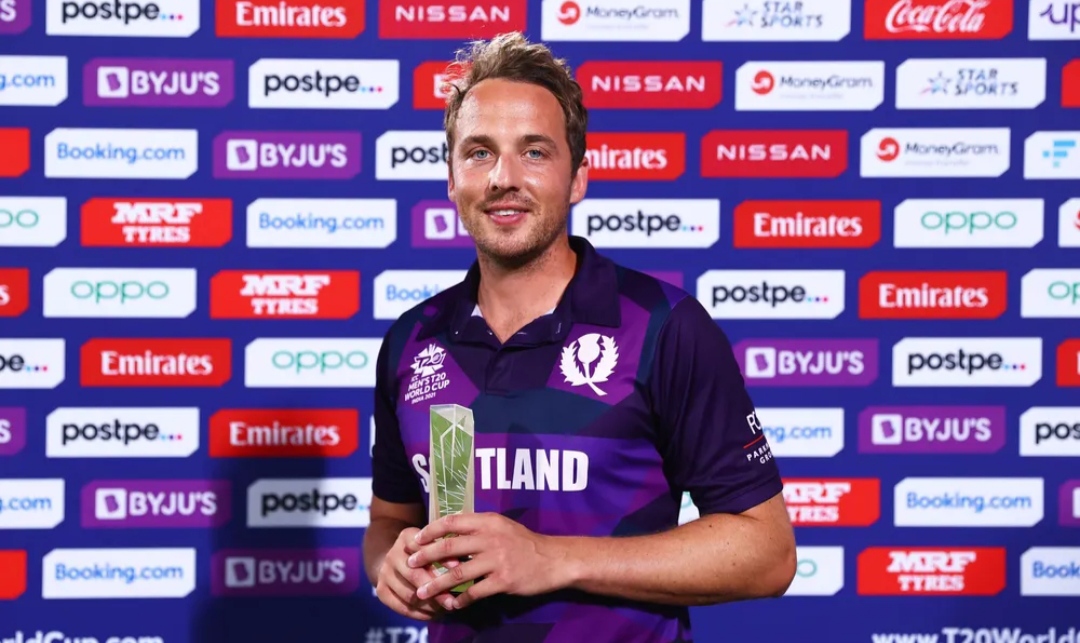 Dubai, October 22: Kyle Coetzer produced a captain’s knock to steer Scotland to an eight-wicket win over Oman and book a place in the Super 12s at the ICC Men’s T20 World Cup 2021.

Scotland went into the clash with the hosts knowing that defeat could spell the end of the tournament, but this was a complete performance as the Scots clinched top spot in Group B with a third win out of three – a historic achievement for the side.

That earns Scotland a place in Group 2 in the Super 12, alongside the likes of India, Pakistan and New Zealand, while Bangladesh end up as runners-up in Group B and head to Group 1 as a result.

For Oman, there was to be no fairy tale at the Al Amerat Stadium, Jatinder Singh’s run-out off the second ball a sign of what was to follow. A total of 122 always felt a little short, and so it proved.

Coetzer had not yet fired for Scotland at this World Cup, but his 41 made it a comfortable chase, and even after he departed, Matt Cross and Richie Berrington did the rest.

Oman were always going to need a good start, with Jatinder their star batter in the first two matches, and when he was run out after a complete misunderstanding on the second ball, it left the rest of the team with an uphill battle.

Kashyap Prajapati followed soon after for three, but Aqib Ilyas started to find his groove, hitting three fours and two sixes in a brisk 37.

Oman needed him to kick on though, instead he picked out George Munsey on the boundary off the bowling of Michael Leask.

Mohammad Nadeem looked good in hammering Mark Watt for six over long on, but he was caught at short extra cover by Berrington off the very next ball for 25.

That left all the responsibility to skipper Zeeshan Maqsood, given one reprieve when he was caught of a full toss from Chris Greaves that was above waist height.

He went on to make 34 before departing in the final over, but the wickets continued to tumble at the other end, and the total of 122 all out was not enough.

That became clear as Coetzer took an attacking approach to his innings, complemented by the free-scoring Munsey at the other end.

Munsey was caught by opposite number Jatinder after making 20, but Coetzer pushed on with three maximums to settle any nerves.

Khawar Ali finally found a way through Coetzer’s defences, but it was too little, too late, as Cross and Berrington got the team over the line comfortably with the latter smashing one last six to seal the win in emphatic fashion.