Secretary also met sports clubs representatives and urged them to play active role in the sports and anti drug campaigns.

Later, Secretary Sports Council visited Sheri Kashmir Sports Stadium Bandipora where she directed the team of engineers from construction division Kashmir for facelifting of pavillion and dismantling of old change rooms. Gull directed the team to construct new block with a hall to be made available for Boxing and Table tennis .

Secratary Sports Council also visited Khushal Sports Stadium, Sopore where she gave on spot to directions to the accompanying team of officials for immediate preparation of turf wicket and construction of synthetic volleyball court.

She also gave instructions for completion of pavilion block on war footing and purchase of machinery and met a delegation of players. She urged players to urge youth for joining in sports activities and assured them of all possible assistance.She gave an ear to their demands and assured for early redressal.

Secretary Sports Council also visited Shadipora, Sumbal sports facilities and directed the CDK team to ensure availability of clean water supply in the premises for use of athletes. She also gave standing instruction for installation of exhaust fans for proper ventilation besides facelifting of existing indoor sports hall. 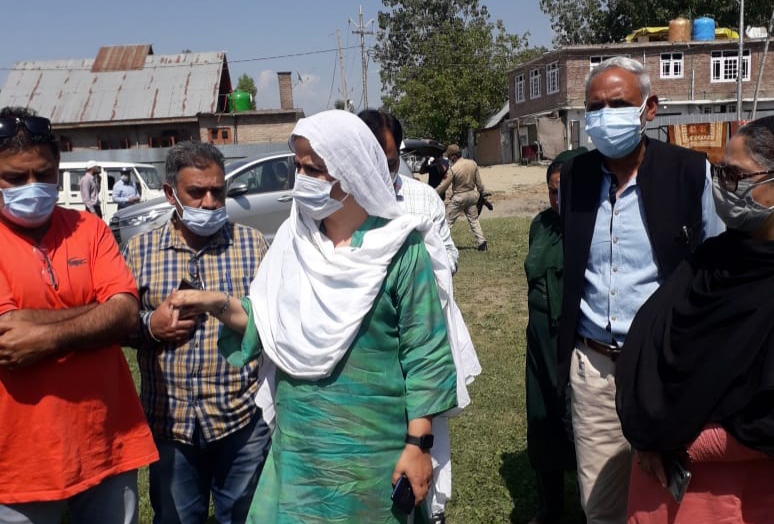