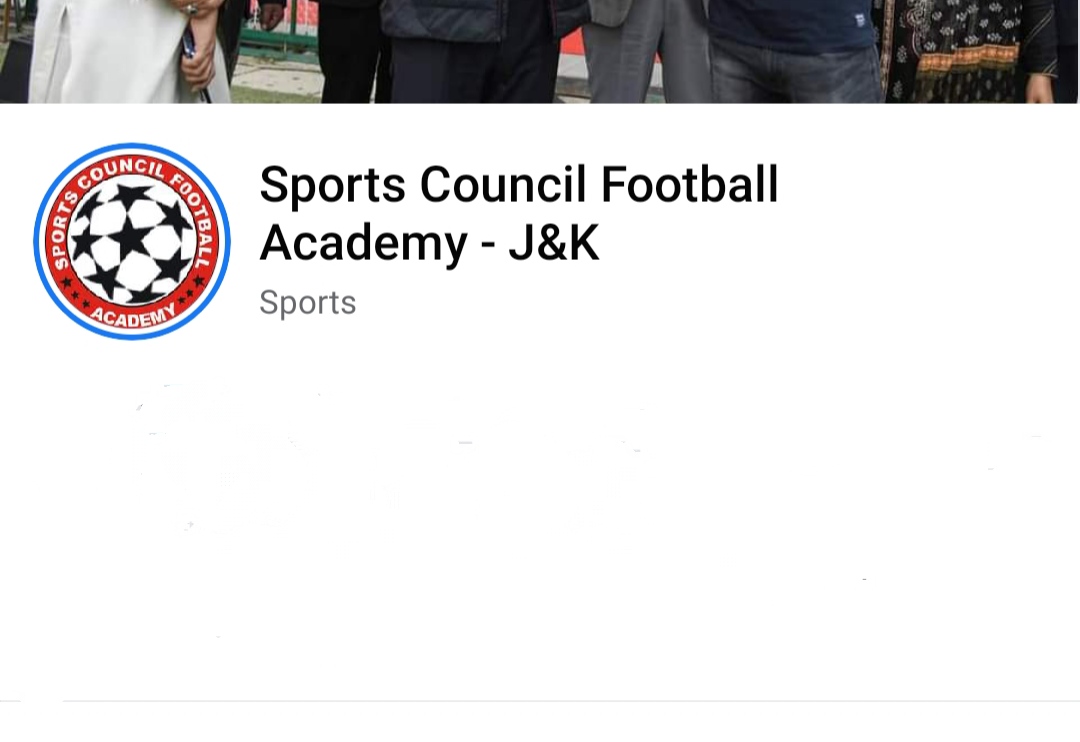 Srinagar, 30 August: The Sports Council Football Academy (SFA) officials are in serious trouble for the multiple violations and allegedly running parallel agenda to that of football governing body of J&K-JKFA.

As per sources in Sports Council, the SFA officials on its own have initiated multiple programes without sanction from the Council.
In latest of such violations , SFA officials have formed J&K-XI football team on its own that is going to okay against Indian Super League side Kerala Blasters in an exhibition match in Kochi.

As per sources in Sports Council , SFA officials have gone beyond thier set mandate on multiple occasions and this latest incident is many in the line.
“SFA coach has got invitation from Kerela Blasters to play an exhibition match. The invitation is for forming J&K-XI and not SFA-XI. It is clear that SFA cant form J&K team and and should be only concerned about thier own academy,” said an official.

“SFA without caring for any rules have gone ahead with the plan. They have formed team bringing in players from various teams of J&K to form J&K-XI. It all has been done without getting any permission from Sports Council,” said a official.
Meanwhile JKFA has taken strong note of SFA violating its mandate and interfering in its working.
JKFA have shoot a letter to Secretary Sports Council and copy of that have been sent to AIFF and Kerala Blasters as well.

In the letter JKFA has taken strong note of Kerala Blasters writing letter to SFA instead of JKFA for forming J&K-XI for the exhibition match.
In the letter JKFA has made it clear that it is good thing that Kerala Blasters were giving J&K players chance to prove themselves and get a chance to play at higher level. However , the manner in which SFA has dealt with the invitation is questionable apart from violating its mandate.

“Greetings from J&K Football Association.
The Kerala Blasters FC has addressed a letter to one Mehrajddin Wadoo, Junior Coach & Incharge of J&K Sports Council Football Academy, & invited him to have the J&K 11 Team for an exhibition game at Kochi on 3rd September 2021. (Letter Attached).
It was a good step on the part of Kerala blasters to give an Opportunity for our young J&K UT Players to display their talent against the Kerala Blaster Team and also may be signed a professional contract with them. We appreciate and encourage such a step by Kerala Blasters,” JKFA letter reads.

” But, it is a matter of grave concern that Director Kerala Blaster, has written a letter to Incharge State Football Academy instead of General Secretary JKFA for raising a J&K 11 Football Team for its participation in the said match. JKFA is the governing body of Football in J&K, as per the Guidelines defined in the Constitution of JKFA/Sports Council & AIFF none other than JKFA any individual shall depute J&K 11 Football Team to participate in any Competition outside the State,” JKFA letter reads.

In the letter JKFA has said that SFA officials have mislead Secretary Sports Council in this matter.

“The concerned officials of the J&K Sports Council has misled the worthy secretary by misusing their Official Position. JKFA has the mandate for all such approvals, not any random person. The Team even if State Football Academy has to participate in any Competition outside the State needs to seek permission of JKFA which is mandatory for the Team,” JKFA letter reads.

They have pointed out thay if invitation was for SFA then it should have been SFA-XI and not JKFA-XI.

“Also, if the invitation is for J&K Sports Council Academy Team, the team should consist of academy players registered with them only, not the players of other departmental/ Other Private Clubs. This will give a wrong signal to the football fraternity of India,” letter reads.

JKFA has also raised the point that players have been contacted through official Sports Council email.

“Some complaints had come up and stated they have received mail from the Official Sports Council ID demanding that our player participate in this unofficial event in Kerala. whereas these players are registered and paid by those Clubs can only participate in any Competition outside state with the approval of Governing body JKFA only,” letter further reads.

In the letter JKFA has clearly stated that Sports Council is free to send its team to Kerala with its own name but not using J&K XI name.

Meanwhile sources in Sports Council said that the Council has recieved multiple complaints over functioning of SFA who have been doing everything except doing thier basic work as mandated .
“There are multiple complaints against working of SFA with its officials being accused of running parallel agenda to JKFA. They have also come under dock for thier performance and failing to produce any results . They have also been questioned for taking private assignments without approval of Sports Council,” said a official.