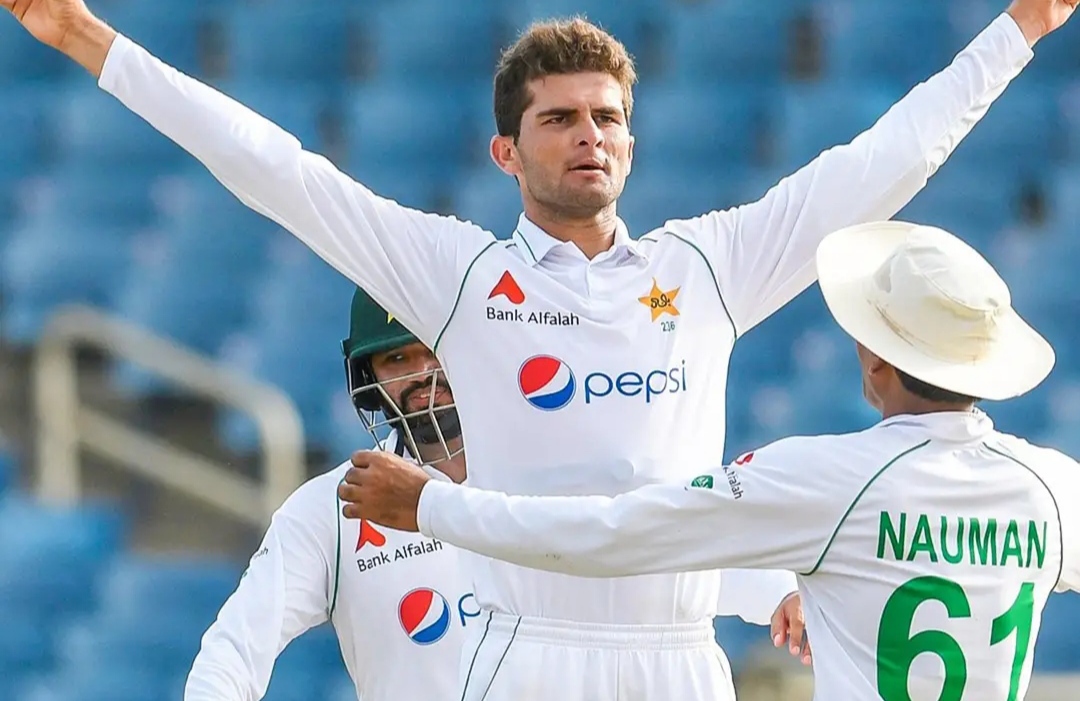 Dubai, August 25: A stellar Test series against the West Indies has moved Shaheen Afridi into the top-ten of the ICC MRF Tyres Test Bowling rankings for the first time.

Afridi was relentless in Jamaica, with the fiery left-arm quick picking up 18 wickets across the two matches, seven more than the next-best bowler, Jayden Seales. Taking eight wickets in the first Test, Afridi went on to claim career-best match figures of 10/94 in the second match, spearheading Pakistan’s charge to a 109-run victory at Sabina Park.

Relentless throughout the four innings, Afridi took a wicket roughly every four overs, at an average of just 11.27, dismissing seven West Indian players at least twice in the series. West Indian wicketkeeper Joshua da Silva fell to Afridi in three of the four innings.

Afridi has enjoyed a stellar start to his Test career, having taken 76 wickets in 19 matches at an average of 25.25. Matching similarly impressive starts in ODI and T20I cricket, Afridi is proving to be a key figure across all formats for Pakistan.

On top of captaining his side to a victory in the second Test, Babar was consistent with the bat across the series, reaching 30 in all four innings and passing fifty twice in tricky Sabina Park conditions. He finished with 193 runs, more than anyone else in the series, at an average of 48.25.

Fawad Alam, after a superb knock of 124* in the first innings of the second Test, has soared up 34 places to 21st spot – his highest career ranking.