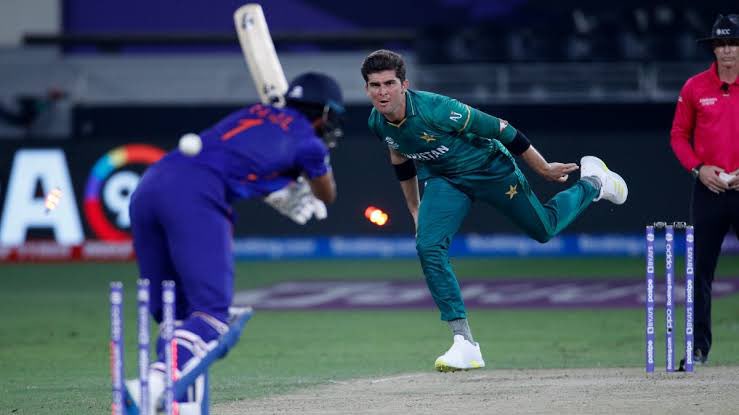 Srinagar, January 29: Pakistan pacer and recently named ICC Cricketer of the Year Shaheen Afridi has named three Indian batsman who he wants to be his dream hat-trick victims.

Replying to a question by ESPNCrcinfo, Shaheen Afridi named the three batsman from Indian.

He almost bagged that dream hat-trick during recently held ICC T20 World Cup. While he dismissed all three in the match against Indian in the T20 World cup but that wasn’t hat-trick.

He nailed a perfect yorker on the middle-stump, with a hint of inswing that beat Rohit and struck plumb on his pads as the opener departed for a golden duck. Eight deliveries later, in his second over, Afridi dismissed Rahul with a lethal inswing delivery. At the backend of the game, he also picked wicket of Virat Kohli.