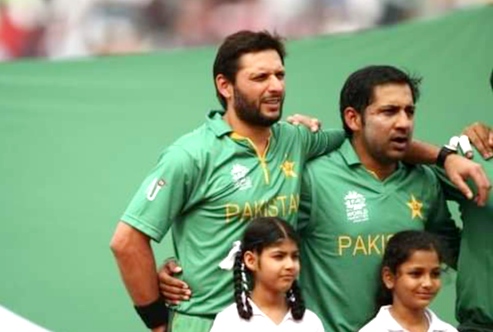 Srinagar, May 14: Former Pakistan cricketer Shahid Afridi has come out in support of out of favour former Pakistan skipper Sarfaraz , saying the veteran wicketkeeper batsman deserves to play.

Afridi, when asked about Rizwan’s workload and if Pakistan should test their bench strength in the upcoming West Indies ODI series, said Sarfaraz is the second-best option and should be given a chance if he gets picked in the squad.

“Sarfaraz should be given a chance if the selection committee selects him for the series. If Rizwan is rested and Sarfaraz is in the squad then I believe Sarfaraz deserves to play,” Afridi said as quoted by ASports .

“Sarfaraz is the second-best choice in my opinion, and if he is a member of the squad, he should be given the opportunity first. I believe we should treat a player with this level of respect,” he added.

The all-rounder also added that it was a bit early for Mohammad Haris to make his debut in international cricket.

“It is too early for Haris. Why are we in such a hurry for Haris? Let him play,” he said.

West Indies are scheduled to play three ODIs in Pakistan on June 8, 10 and 12.