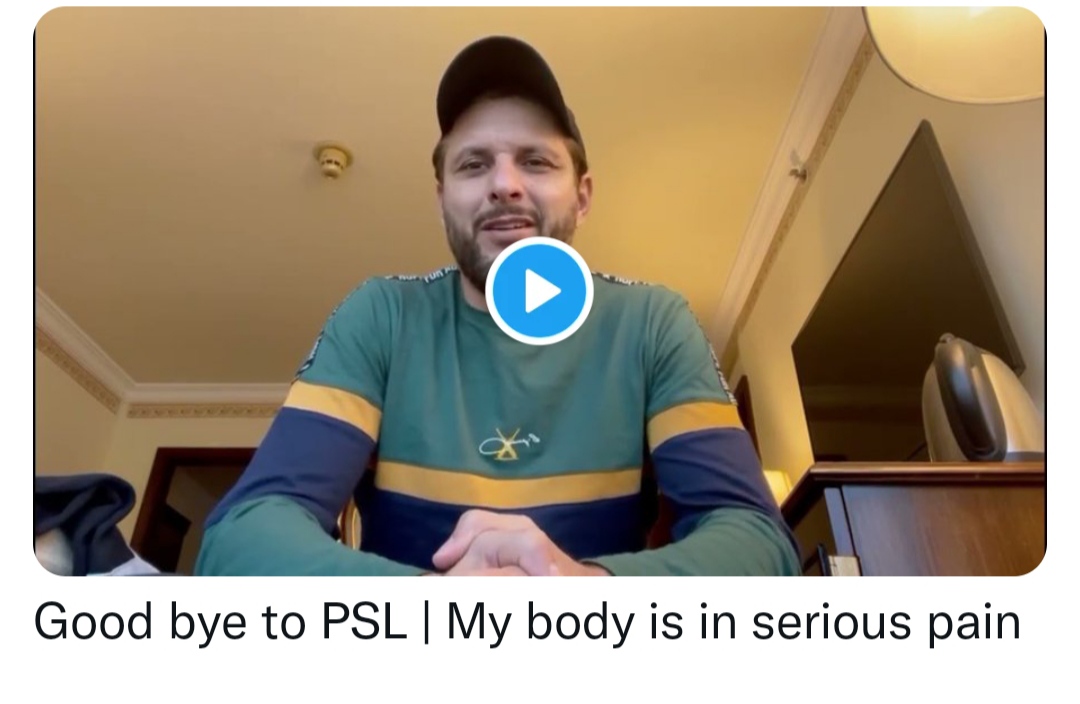 Afridi announced this on his Youtube Channel on Sunday.

“I have been playing with the lower-back injury for 15-16 years now and the pain is quite intense where I feel pain in my groin, knee and even the fingers of the foot,” Afridi said.

“After the PSL there is a gap of 2-3 months and then KPL will start. I was trying to end this PSL on a high but I can’t bear this pain. I would like to thank Mr Nadeem Omar, as he supported me throughout in every aspect. And I apologise as well since I cannot play the rest of the matches.

“It will take around 2-3 months in the rehab since there is KPL and T10 league coming up this year. My fans will be able to see me on the field again.”

Afridi had already announced that this year’s PSL would be his last since he would pe pursuing other opportunities.