Kashif who hails from Lahore reached the peak of the world’s highest mountain on Tuesday, as a part of Seven Summit Treks Everest Expedition 2021.

“It’s our duty to fly our flag wherever we can, whether it’s a mountain or other place,” Arab News quoted Shehroze as saying. “Wherever you can, fly your green flag high.”

With members of his expedition, the young climber known as “The Broad Boy” after summiting 8,047-meter Broad Peak in the Karakoram two years ago, Kashif climbed Mount Everest (8,849 meters) in four days.

Having already scaled a number of tall and difficult peaks, Kashif started climbing difficult mountainous terrains when he was just 11 years old.

Previously, Samina Baig was the youngest Pakistani who summited the world’s tallest peak.

A high-altitude climber, Baig became the first Pakistani woman to climb Everest in 2013 when she was only 21 years old.

Meanwhile on Wednesday , another Pakistani mountaineer Sirbaz Khan reached the summit of Everest at 8,848 metres.

With the latest summit, Khan now has another seven 8,000m peaks left to complete his 14×8,000ers set and become the first Pakistani to achieve the daring feat.

Sirbaz, 32, who hails from Aliabad, Hunza, began his professional climbing career in 2016 and is touted as an extremely talented and focused climber. 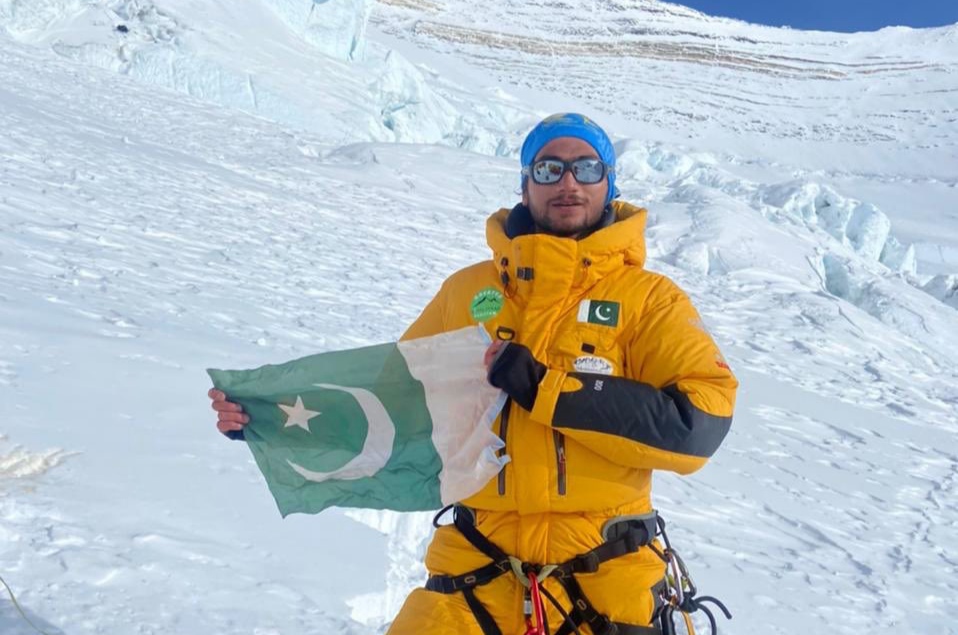