Video caught eye of Shoaib Akhtar who is known as fastest bowler in World of Cricket. Akhtar was quick to react and challenged Fahad to face him nets .

“Fahad u are in the wrong profession come play for Pakistan but 1st face me in the nets then ??,” Akhtar Tweeted .

To Shoaib Akhtar’s challenge , Fahad replied that he wont be able to sleep for sometime now.

This banter between the stars got lot of comments from both Pakistan and Indian cricket fans on social media . 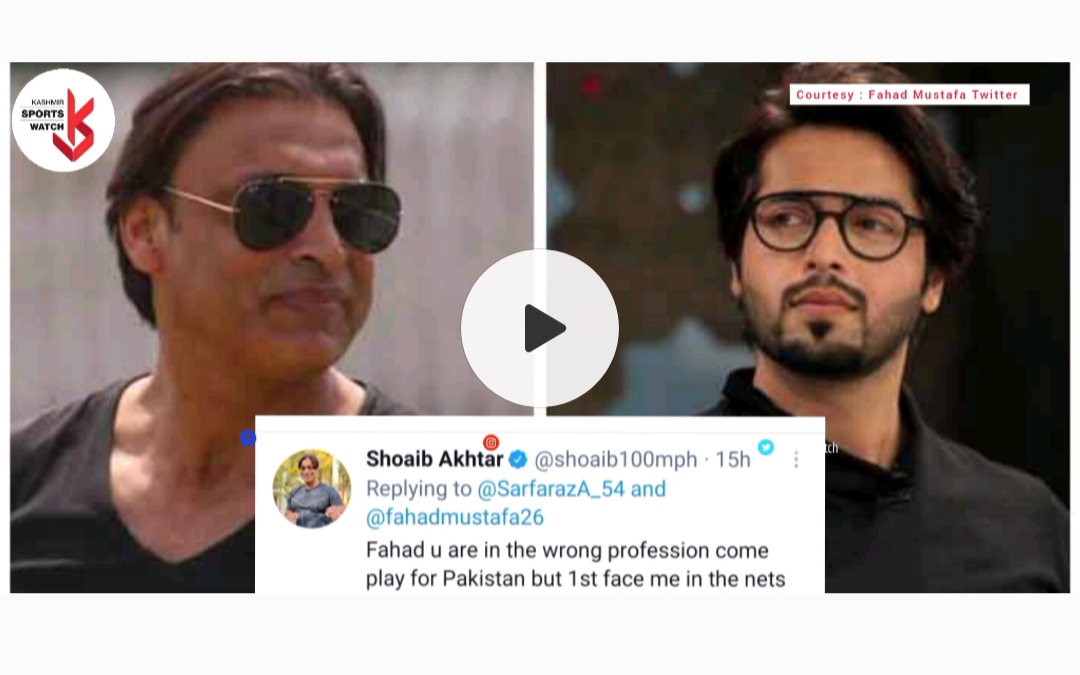