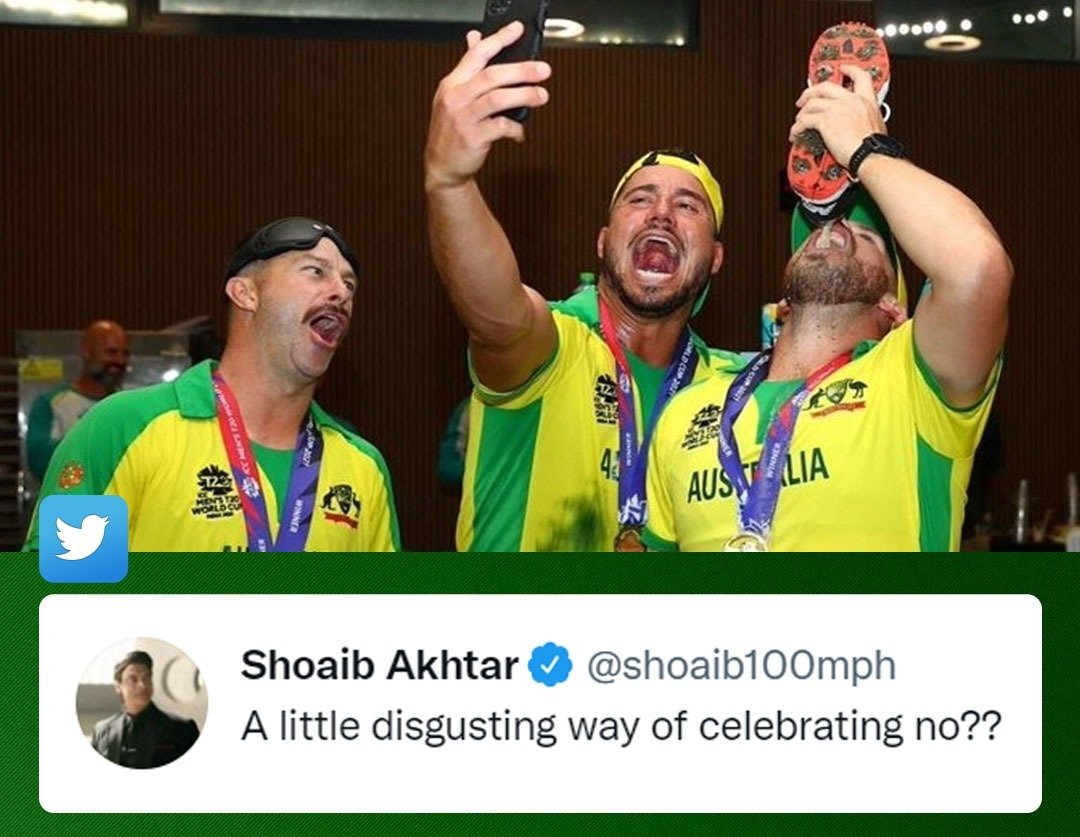 Reacting to the viral video of Australian players Matthew Wade and Marcus Stoinis indulging in a ‘shoey’ celebration, Akhtar tweeted , this is little disgusting.

Akhar, reacting to the video, took it to Twitter and wrote: “A little disgusting way of celebrating, no?”

In a video shared by the ICC, the Australian players were shown celebrating inside their dressing room after beating New Zealand in the final of the T20 World Cup on Sunday.

The video showed the Australian players celebrating and posing for a group photo when the wicketkeeper Wade decided to take off his shoe to drink the celebratory drink from it.

What is Shoey Celebration

The ‘shoey’ celebration is a common trend in Australia, something that was made popular by Australian Formula One racer Daniel Riccardo after he won the German Grand Prix back in 2016.

The celebration dates back to the 1800s and was first invented by the Germans but then it transitioned to Australia. Shoey basically involves a person drinking the celebratory champagne or any beverage after pouring it in a shoe.

The trend was repeated when Riccardo finished on the podium at the 2020 Emilia Romagna Grand Prix and shared the ‘shoey’ with Formula One legend Lewis Hamilton.

Australian cricketer Andrew Tye publicly announced that he would do the ‘shoey’ celebration if his team won the Indian Premier League that year. However, he did not go through with it because Punjab Kings failed to even make the playoffs.

With inputs from Cricket Pakistan