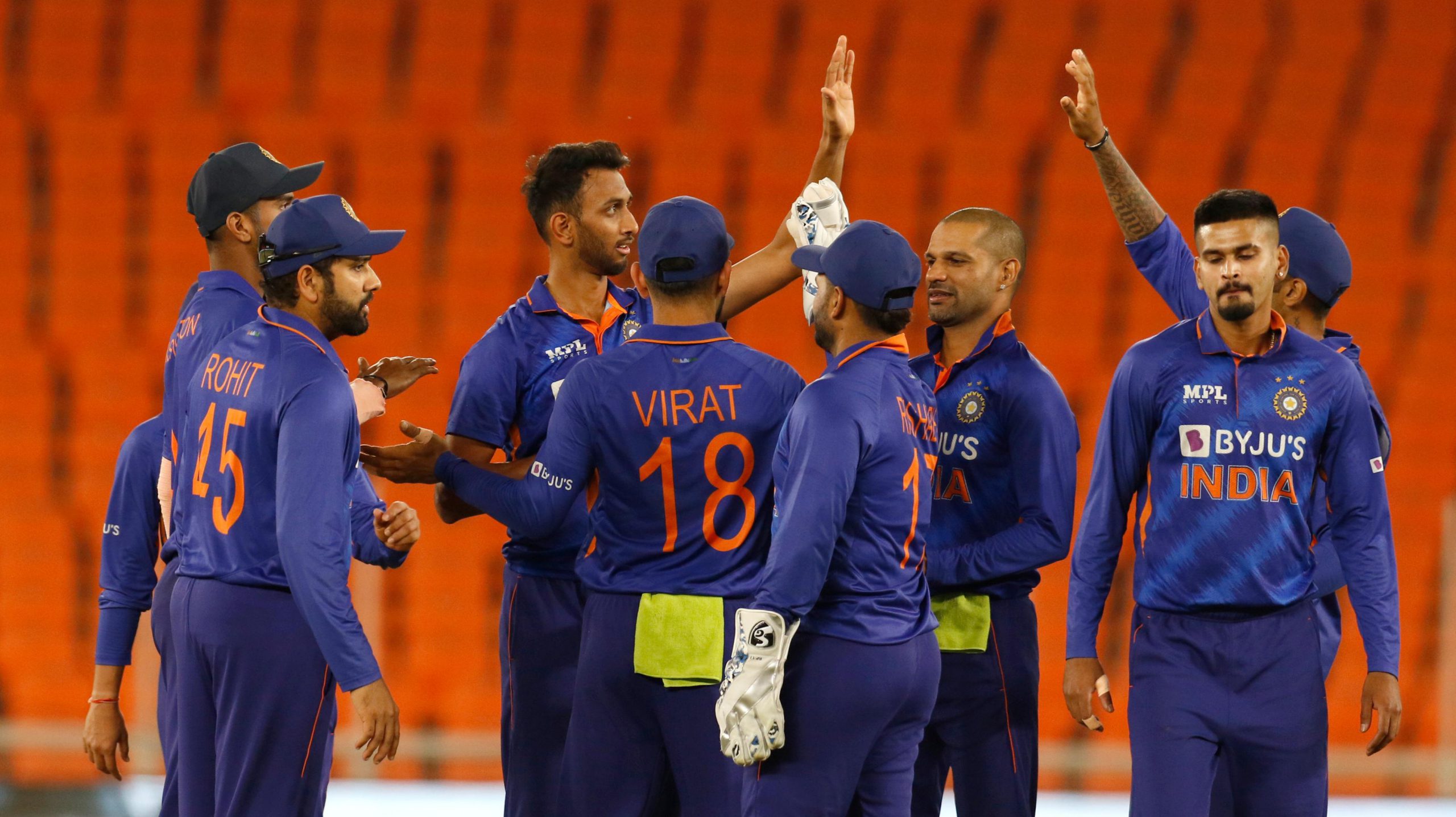 Ahmedabad, Febuary 11: Shreyas Iyer and Rishabh Pant’s half-centuries and a fine effort by the bowlers helped India in registering a massive 96-run win against West Indies in the final ODI of the three-match series in Ahmedabad

India posted a total of 265 runs on the board after winning the toss and electing to bat first. The start wasn’t ideal, though. The hosts lost the wickets of skipper Rohit Sharma and Virat Kohli early in the innings as Alzarri Joseph dismissed both of them in the fourth over. Odean Smith was brought into the attack and he delivered with the wicket of Shikhar Dhawan to push India further on to the back foot.

The hosts were reeling at 42/3 in the 10th over when Rishabh Pant joined Shreyas Iyer at the crease. The tricky nature of the surface made it difficult for them initially but they hung around and started scoring once the conditions eased out a little. The duo steadied the innings well as they put on a stand of 110 runs for the fourth wicket. Pant had scored a counterattacking fifty and was looking very dangerous. But he had to depart as he was caught behind while trying to guide a delivery from Hayden Walsh down the third-man.

Suryakumar Yadav walked in to bat next but it wasn’t his day as he got dismissed for just six runs. Iyer, who was batting well on 80, also departed soon while attempting a poor shot and India had lost three wickets for just 35 runs suddenly.

West Indies were looking to close out the innings at this point but Deepak Chahar and Washington Sundar played good knock of 38 and 33 respectively to guide India to a competitive total of 265.

The visitors didn’t get off to the kind of start they needed to chase this target down. They were reduced to 25/3 by the fourth over as both of India’s new-ball bowlers — Mohammed Siraj and Chahar — delivered with the wickets of Shai Hope, Brandon King and Shamarh Brooks.

Darren Bravo and Nicholas Pooran tried to steady the ship with a 43-run stand but wickets started falling at regular intervals again once they got dismissed. Odean Smith and Alzarri Joseph tried their best with valuable contributions of 36 and 29 respectively down the order but that wasn’t enough to take West Indies anywhere close to the target.

West Indies were ultimately bowled out for just 169 runs. Both Siraj and Prasidh Krishna picked up three wickets each while Chahar and Kuldeep Yadav chipped in with a couple of wickets each as well. With this win, India completed a whitewash and they will now fly to Kolkata to take on the visitors in the T20I leg, starting on 16 February.