﻿ Sikandar Raza cleared of Cancer, but will be out due to bone marrow infection - Kashmir Sports Watch
HomeCricket

Sikandar Raza cleared of Cancer, but will be out due to bone marrow infection

Srinagar, April 22: Star Zimbabwe cricketer Sikandar Raza has been cleared of deadly tumour , cancer but will be out foe indefinite period from cricket due to bone marrow infection .

This was revealed by cricketer himself by taking to his official Twitter handle on Wednesday.

Giving out details about his illness to an interview with ESPNCricinfo Raza who played Zimbabwe-Afghanistan series in Abu Dhabi through last month said that after returning to Harare, he saw a specialist and tests revealed something more serious than just regular muscle pain.

“I had pain in my right arm during the Abu Dhabi Tests,” Raza told ESPNcricinfo.

“We treated like it was muscular pain initially but the pain kept getting worse. I remember staying up all night, unable to sleep despite having sleeping pills. That’s how I played the Test matches,” Raza said to ESPNCricinfo.

“After coming home, the ultrasound showed that the muscles are all fine. The MRI showed that I had a foreign or alien substance on my bone marrow. Seeing this the surgeon told me that this substance could make my shoulder bone so weak that I could fracture it by just throwing a ball. He suggested that I do a biopsy right away. I wanted to wait till the Pakistan series but he insisted otherwise. He said that due to the deformity seen in my bicep bone, they were suspecting cancer,” Raza told ESPNCricinfo.

He further told Cricinfo that , “I went under the knife within the next 48 hours. They opened up my bicep by drilling the bone. They created a hole to take out some puss and red substance”.

“All of this was sent it for a biopsy, and it came back as negative. There was a type of infection but only last night the bone biopsy report ruled out the cancer,” he said.

Raza said that his recovery would take a long time. He will definitely miss the ongoing Pakistan series. “I have been ruled out indefinitely. There’s no set date for my return. Of course this not being cancerous has suddenly fast-tracked some of it. 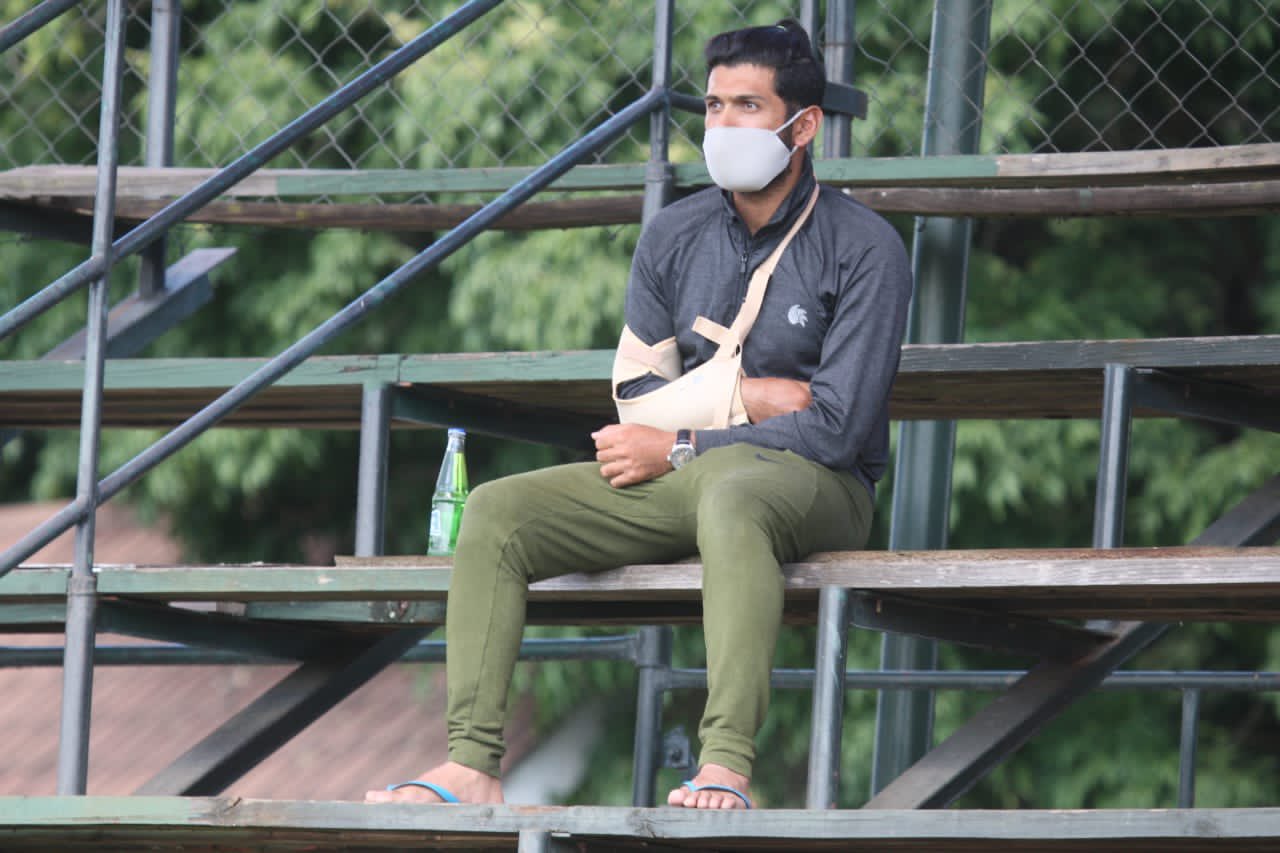