Srinagar, October 8 Team Singhpora Warriors have registerd thier third consecutive in as many matches played recently .

Prince Khan scored blistering unbeaten 98 runs . In the match Singhpora Warriors needed 208 in 20 overs which they chased. 23 runs were needed from the last over and Prince Khan did what he is known for. Khan hit 4 sixes and 1 four in that over.

Earlier in Kongamdar Super League , Singhpora Warriors beat Bakshipora Sangam by one wicket.Zubair Lone for his 30 runs and 3 wickets was awarded man of the match. 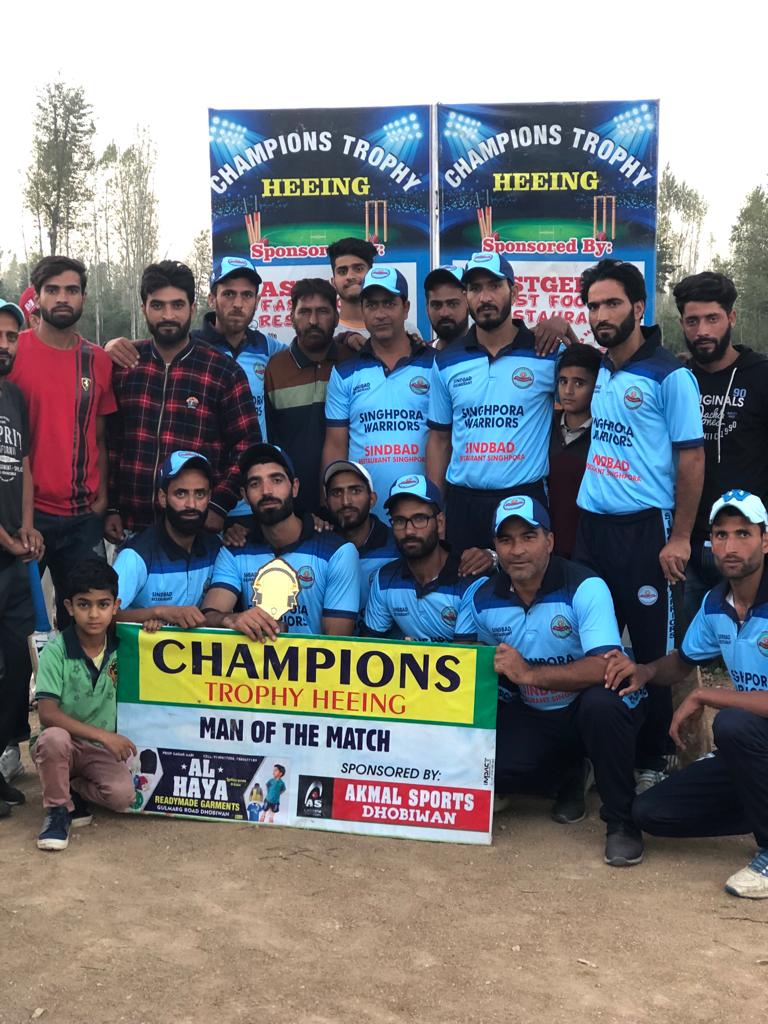