Srinagar, January 26: Winter Games Association of J&K has announced schedule of Skiing and SnowBoarding events at Gulmarg from January 27 to 31.

27th January: District Championship for all Kashmir Districts for senior skiers and snowboarders.

Athletes have been asked to bring thier own equipment and make their own arrangements for other related things. Report at Gulmarg by 10 am

A) Ski events (GS) for Children (C1 and C2) boys and girls at Gulmarg bowl.

Ski events (GS) for J1 and J2 skiers and Snowboarders at Kongdori.

Slalom events for for J1 and J2 ski ers and snowboarders at Kongdori.

Note: Ski Championship for Senior events will be held after Junior National Championship but before Khelo India National Winter Games due to nonavailability of accommodation at Gulmarg. 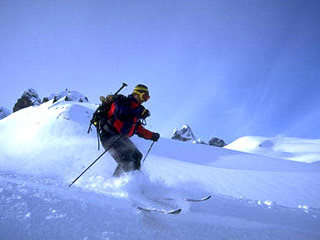