Srinagar, January 10: 6 proper batsmen, 3 good all-rounders in the XI yet only 4 of them score in double-figuers! Sounds surprising? Lack of proper practice and a difficult pitch to bat on surely are a few factors but not enough to defend the J&K’s batting gaffe in their first match of Syed Mushtaq Ali Trophy on Sunday.

No doubt, it was a star-studded Karnataka side playing at home; they were always going to come hard at you. But it doesn’t rule out the fact that the Parvez Rasool-led J&K side was well on top for most of the first half of the match. Then what went wrong?

1. Giving away too many runs after early breakthroughs

Karnataka started well but Parvez Rasool made sure to not let them take over by taking two wickets in the power-play. He was well-supported by other bowlers as the hosts were reduced to 73-4 in 11.2 overs.

However, they made a strong comeback, scoring 77 runs in next 8 overs by only losing one wicket, thanks to KL Shrujith’s unbeaten 48 runs.

Suchith J and K Gowthan shared 5 wickets and cocneded platry 30 runs in their quota of 4 overs each. Their spell simply won the encounter for Karnataka, with ease, by 43 runs.

The duo didn’t even provide a single opportunity to J&K batsmen to open their arms. The pitch, however, was also quite supportive.

J&K was 35-2 in 4.3 overs. And 69-5 in 13.1. This suggests only 34 runs were scored in next 52 balls at the cost of 3 wickets. After openers departed, Shubham Khajuria and Shubham Pundir took a few too many balls while the scorecard wasn’t moving at a pace it should have as per the situation of the match.

This is where the question of Abdul Samad, who is better known for his hitting abilities, being sent late to bat arrives. It is true that the result might have been even worse had he batted up. However, at the same time, it could have changed the whole scenario.

When J&K lost two wickets or even after losing the third, if Samad had taken the charge, the pressure ultimately would have shifted. More so because J&K had depth in their batting line-up. Lack of intent to score quickly by middle-order thus costed J&K highly. 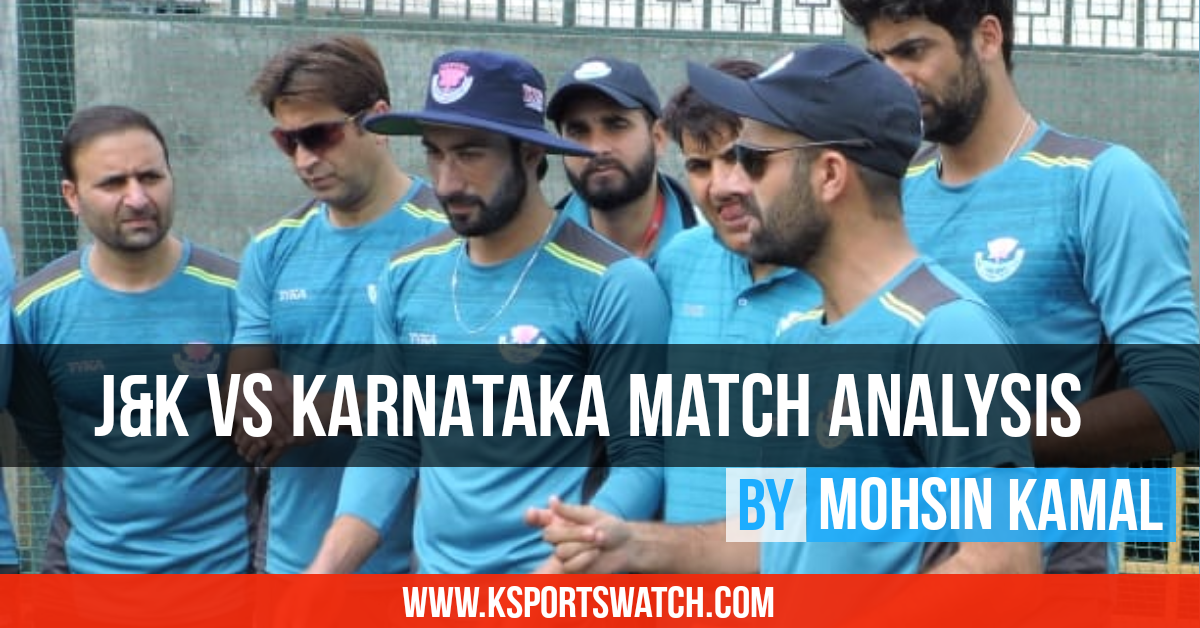