SMAT: Sending Abdul Samad to bat at No.6 sans sense

Kashmir Sports Watch January 11, 2021 7:19 am
Once ban ends, Kerala ready to welcome back Sreesanth for Ranji selection
Ganguly used to make me watch for the toss each single time: Nasser Hussain

J&K got bundled out for 107-run total in the 19th over while chasing 151 runs. It was not a big total but still J&K failed to even come close to the target with Abdul Samad being the top scorer for the side with 30 runs.

J&K’s outing in both the innings can be divided into two parts: in bowling, they started well, keeping hosts Karnataka in check and then letting them go away.

Same applied in batting with debutant Qamran Iqbal and Ahmad Banday giving J&K a decent T20 start. Though both couldn’t score big but what followed after their dismissal was total chaos with J&K tactics lacking logic and sense.

After the fall of Iqbal, J&K sent Shubham Khajuria, not known for his free flowing T20 type batting. With Banday looking in decent touch scoring 18 off 12 balls, it was okay to let Khajuria come in the middle and holding one end in chase of an average total.

However, when Banday got out, one expected J&K to send its rising superstar Abdul Samad, who has been in great touch. But that was not the case and Shubham Pundir was sent to join Khajuria.

It was the decision that puzzled one and all as Pundir is decent batsman in longer formats but not in T20 cricket. At that point, J&K were scoring at a decent rate and looked set to overhaul the target and shock favorites Karnataka. However, Pundir and Khajuria batted too slowly and consumed too many deliveries that pushed the required run rate up.

They both failed to rotate strike and also play big shots. After the fall of Khajuria , it was expected that Samad will be sent in but no that wasn’t the case. Parvez Rasool, who has below par strike rate in T20 format, opted to come himself in the middle.

The outcome was shocking as skipper failed to even get into his groove. He consumed eight deliveries before getting stumped in search of a big shot. It was frustrating time for the skipper in the middle as he scored only five runs from eight deliveries.

Sending Pundir and himself ahead of Samad made things worse for J&K as by the time the hard hitting batsman arrived in the middle half of J&K side was back in the pavilion and required rate was over the moon. Even Samad had to take few deliveries to settle in before opening his shoulders. He kept losing partners at the other end and ultimately also lost his wicket in search of a big hit.

Samad was the only one in J&K inning to hit sixes while as Banday with the strike rate of 150 was second best for J&K (considering strike-rate).

The failure of middle-order, which included Parvez Rasool, Khajuria and Pundir, cost J&K match and then sending Samad at Number 6 in the batting was the major turning point.

In Indian Premier League, even Sunrisers Hyderabad, after seeing Abdul Samad’s potential, sent Samad to bat up the order as per the situation. Sunrisers batting lineup included some stalwarts and Samad in number of matches batted ahead of them as he has the ability to hit big shots and change the scenario of the game at any point.

In comparison to current J&K team, none of the J&K batsman can come close to Samad’s ability as far as T20 format is concerned. In absence of pinch hitters like Manzoor Pandav, Samad is the only one who can turn match for J&K head on, on his own.

But sending him at number 6 sans both logic and sense. It puts serious question mark on J&K think-tank that includes some questionable persons in it.

Going with four openers in the match and seven batsman was enough reason to send Samad up the order. Even if he would have failed, there were specialist batsman to stabilize the innings. But no, J&K instead went ahead with illogical decision which only worsened things for them.

Karnataka are considered powerhouse of cricket in India and it was a golden chance for J&K to shock them. They missed that and blame should go to their tactics and decision-making.

In its next match, J&K is scheduled to take on Tripura and one expects them to beat the minnow(ish) easily. However that win will mean nothing in front of the lost opportunity against Karnataka. 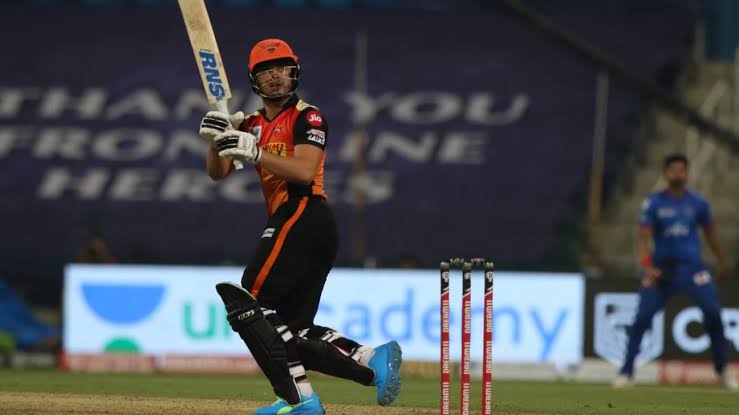