Earlier, batting first Knights posted a huge total of 190 runs on board. They struggled initially, however, it was Bilal who changed the course of the game at the end. He smashed 52 runs. Apart from him Lateef and Showkat made 34 runs each.

For Mariya Goushbugh, Muneer and Naveed sclaped three wickets each.

In reply, Mariya batsmen did put on some fight. However, they fell short by 20 runs at the end. Muneer played a top knock of 83 runs while Adil Maqbool struck 27.

For Knights, Faisal Dar ran through the batters, taking a five-wicket-haul. He was lastly named man of the match. 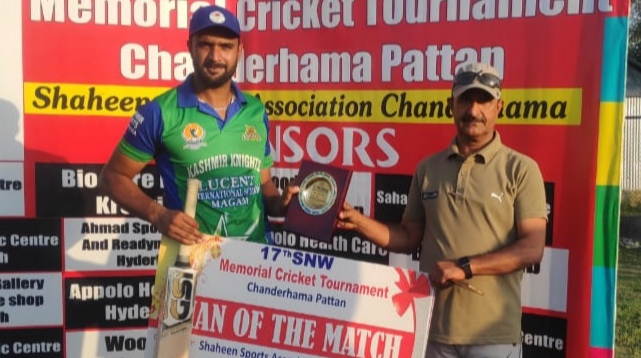