Needing 10 runs to win in last over with two wickets in hand, Master XI achieved target with one ball to spare against WCC Lolipora.

Malla missed first three deliveries of the last over and needed to score 10 runs from last three balls. He hit fourth ball to six , followed by a boundary to complete sensational win for the Master XI Ompora in the second semifinal of the tournament.

In reply Master XI achieved required target in 19.5 overs for the loss of eight wickets. Aijaz Butt with 70 runs was highest scorer for them while as Imtiyaz Malla scored unbeaten 24. Gowhar Rashid took three wickets for WCC while as Salman Ahmed took two.
Aijaz Butt was awarded man of the match for his 70 run knock.

In final Master XI Ompora will be clashing with Kashmir Knights Sozeith . 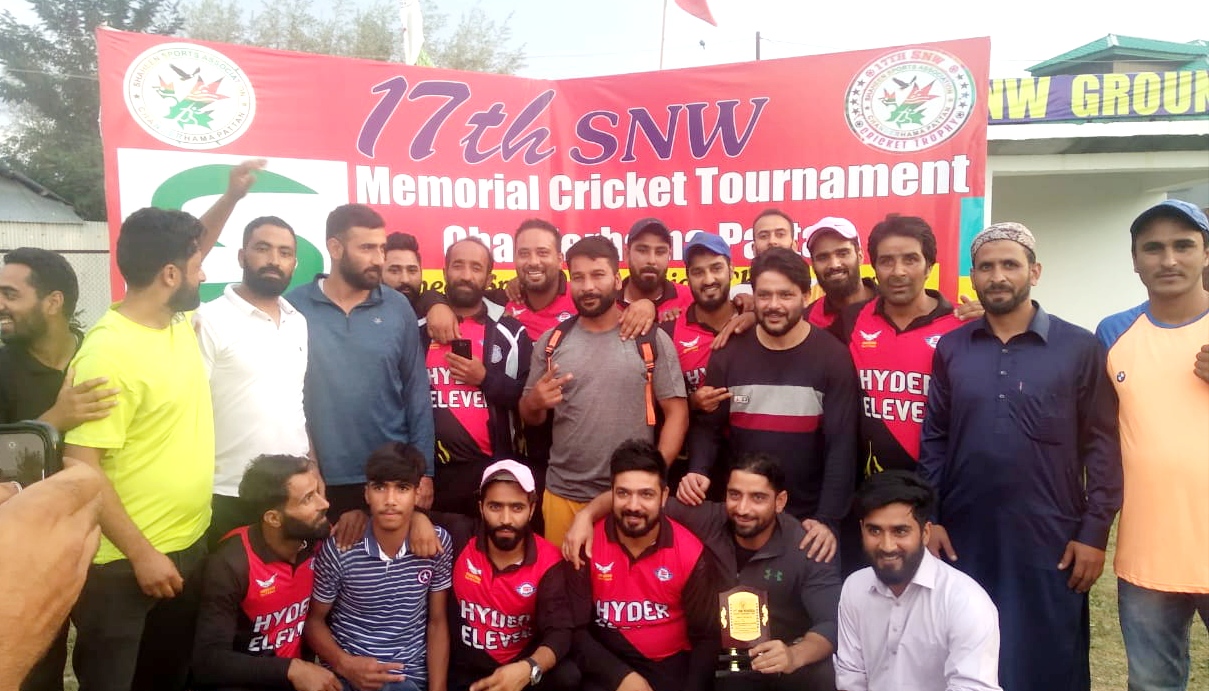