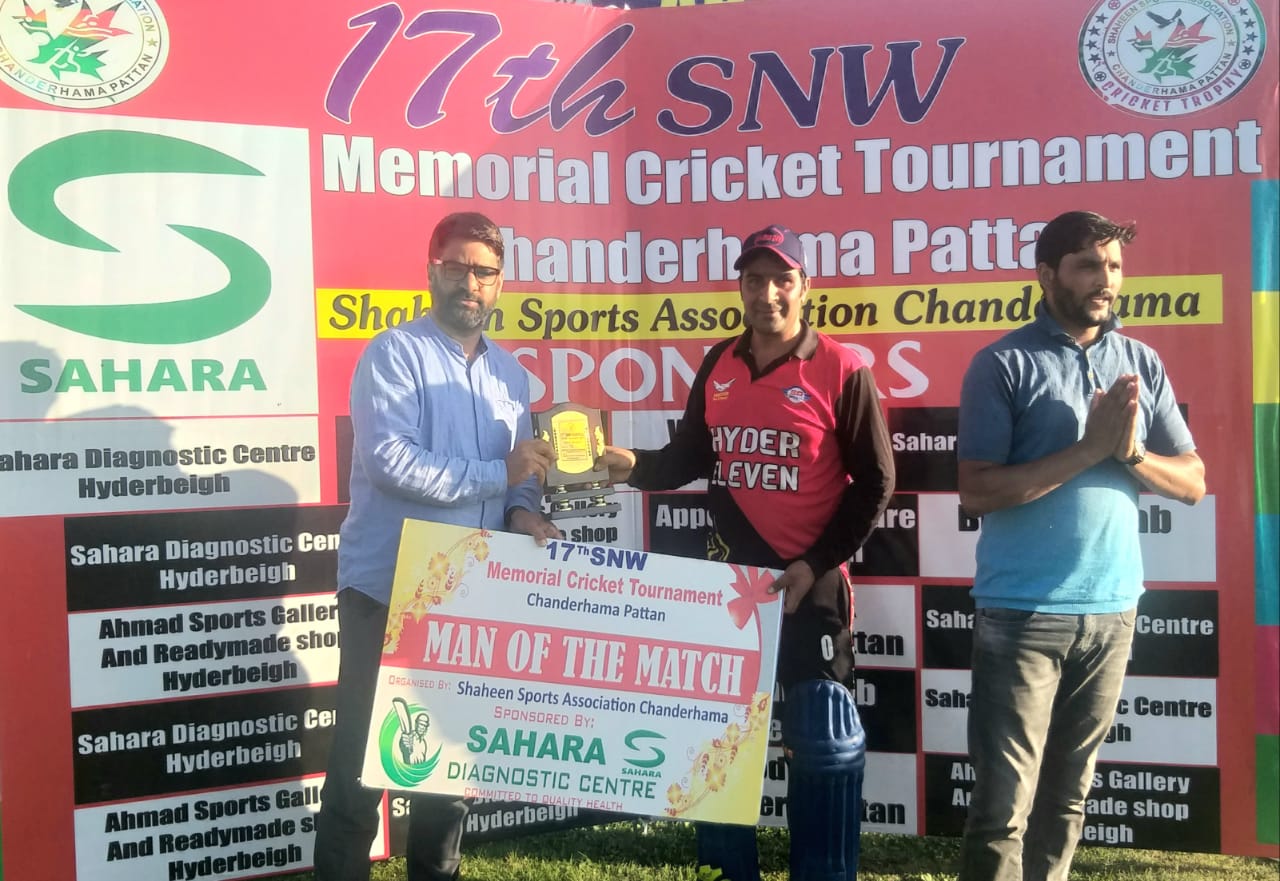 In reply, Ompora faced a frw hiccups. But it was Imtiyaz Malla who made sure his team crossed the line with 4 wickets in hand. Aijaz Bhat scored 35 while Imtiyaz and Tauseef struck 31 and 30, respectively.

Imtiyaz, for his all-round performance, bagged man of the match award.