In the first match of the day, Naidkhai, after winning the coin toss, opted to bat first against Hayat Cricket Club. The pitch has been a moderate one, and Nadikhai made sure to start the innings on a positive note.

Sameer was the batter-in-charge for them as he slammed 76 runs to lead them to a par total of 154 runs. For the bowling side, Imtiyaz finished with a couple of wickets.

In response, Hayat Cricket Club did find some spark, however, they couldn’t finish on the winning side. They made 141 runs, thanks to a 24-run cameo by Rayees. On the other side, Suhail scalped as many as 4 wickets, ensuring Naidkhai runs away with a 14-run win.

Meanwhile, in the second game, KCC Kuner was restricted to a below-par total of 111 runs, courtesy of some tremendous bowling by the Sofi Brothers. Mudasir, however, stood out, scoring a half-century. For Srinagar, Sharif Shafat picked a three-wicket-haul.

Sofi Brothers didn’t find any sort of trouble in chasing down this paltry total. Bilal’s 62 runs and a 33-run cameo by Usaid Firdous steered them to a huge win with 9 wickets in hand.

Sharif Shafat was handed the man of the trophy for his splendid display of bowling. 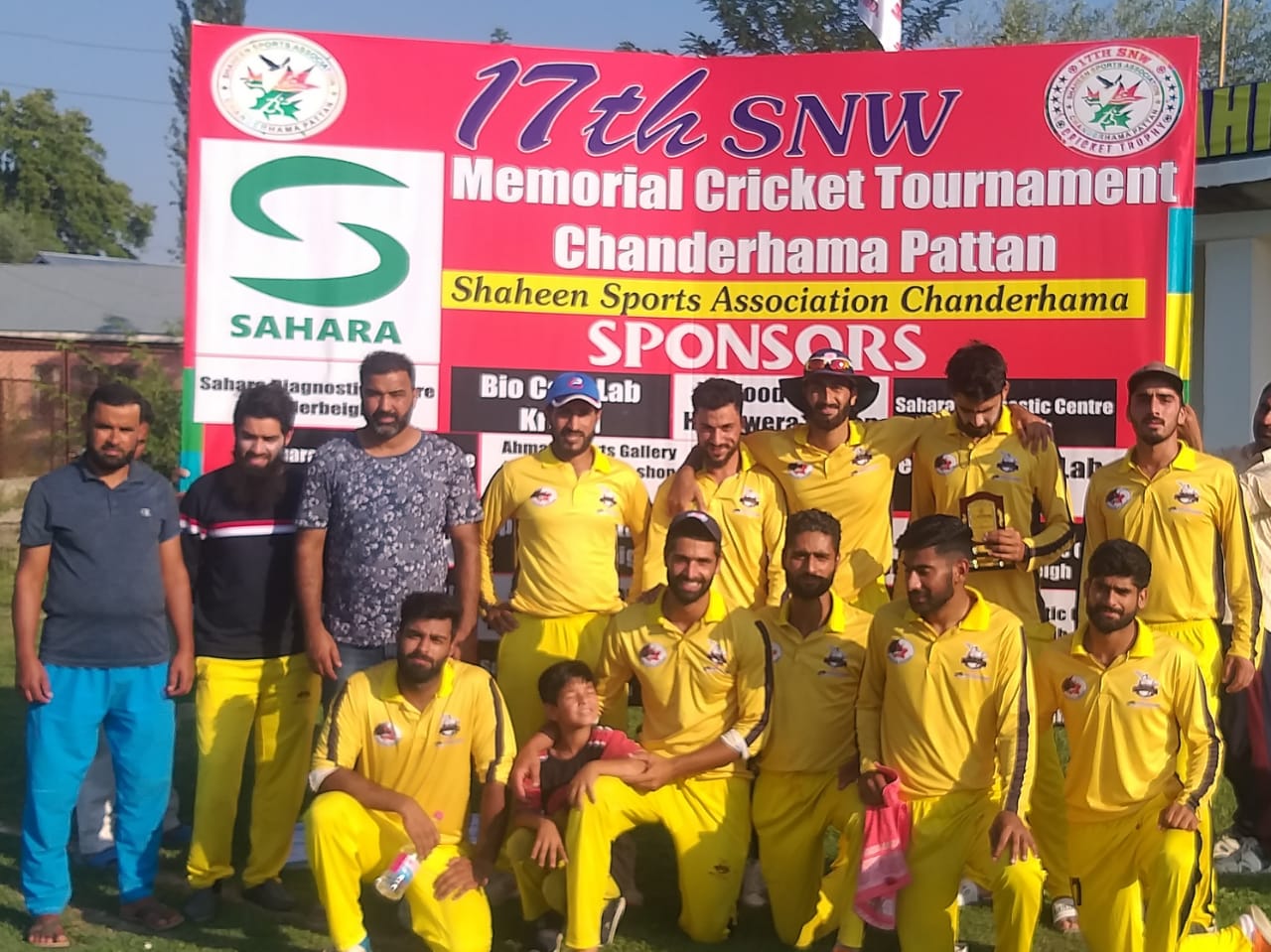