Srinagar, 23 August : Salman Ahmad starred with the ball as he guided WCC Lolipora into the semifinals of the SNW T20 cricket tournament at SNW ground Chanderhama Pattan on Monday August 23.

Batting first , WCC Lolipora scored 178 runs in allotted overs for the loss of eight wickets. Arshid Baba with 47 , Gowhar Rashid with 34 and Umar Farooq with 32 runs were highest scorers for them while as Rayees Mohi uddin took two wickets for Asad CC.

In reply Asad Cricket Club were able to score only 162 runs for the loss of eight wickets in allotted overs.
Haziq Bhat with 48 and Asf Nabi with 39 were highest scorers for them while as Fayaz Sarwar scored 30.
Salman Ahmad took three wickets for WCC while as Aijaz Bhat took two.

Salman Ahmad for his three wicket haul was awarded man of the match. 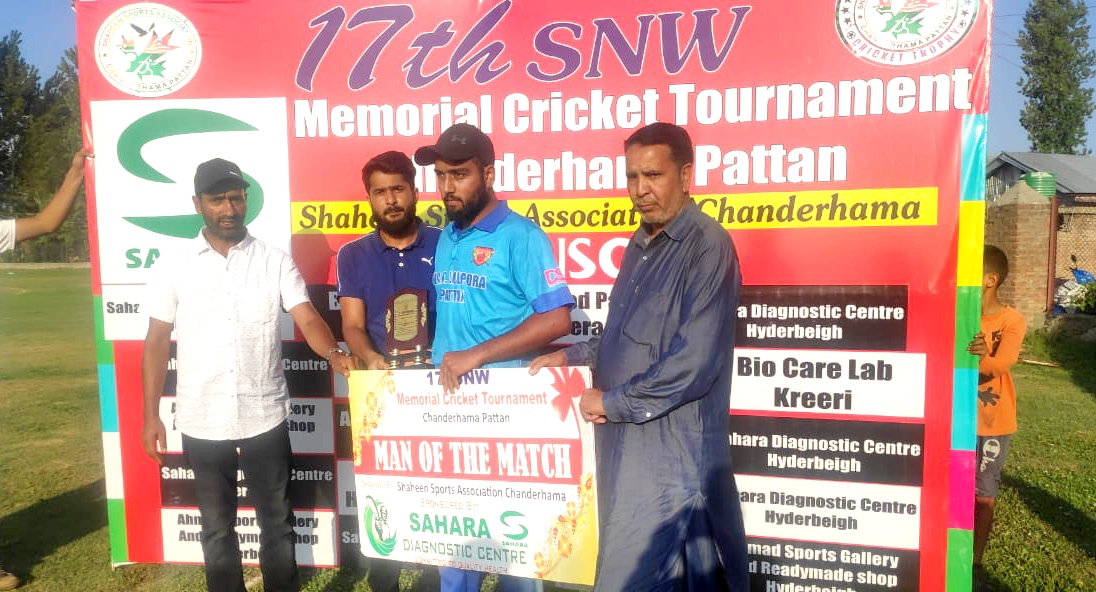