It was last quaterfinal of the tournament.
Friends XI Tangmarg won the toss elected bat first. They were able to score only 122 runs. Ashraf with 24 runs was top scorer for them while as Kaysir and Zubair Malik contributed with 21 runs each. Tauseef picked four wickets for Ompora while as Syed Sagar took three. 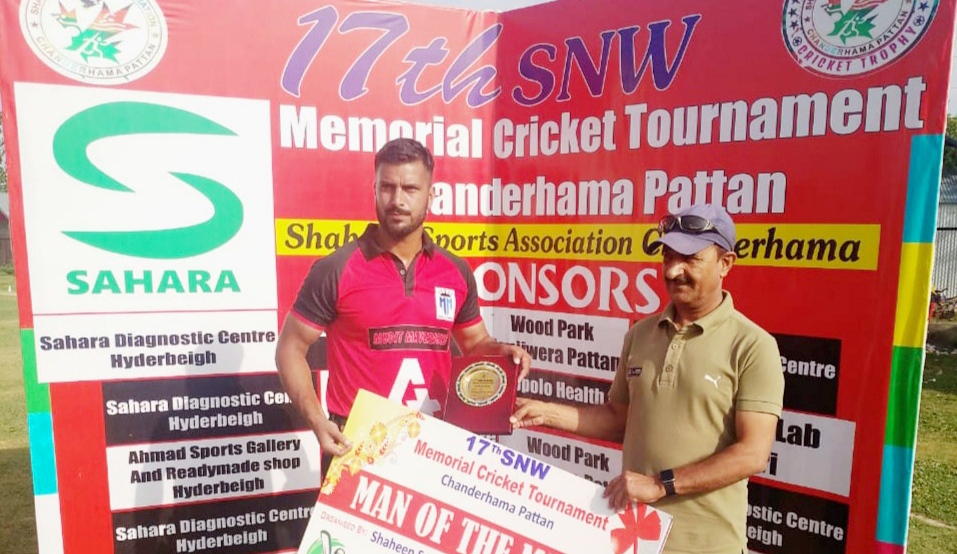