In the morning match, Ompora posted a fighting total of 163 against KCA Bandipora. Aijaz Ahmad (37) and Riyaz Paul (32) were the top-scorers while Nasir Lone and Arif picked two wickets each for Bandipora.

In reply, Bandipora struggled from the word go. Their batsmen never looked comfortable at the crease as they ended up making 133 runs, handing Ompora a 31-run win. Zaid remained the highest run-getter with 66 runs to his name.

For bowling side, Aqib Khan and Riyaz picked two wickets each. Aqib, for his all-round show, was adjudged as man of the match.

In the afternoon game, YCC Yadipora posted a moderate total of 145 runs against Wanigam. Ishfaq scored 63 while as Nasir contributed 32 runs for them. For Wanigam, Enayat Malik was the wrecker-in-chief, picking 3 wickets.

Chasing the total, Wanigam saw some hiccups in between, however, ended up winning the game easily by 5 wickets. Sameer top-scored with 66 runs while Enayat struck 35 runs.

For his all-round show, Enayat was declared man of the match. 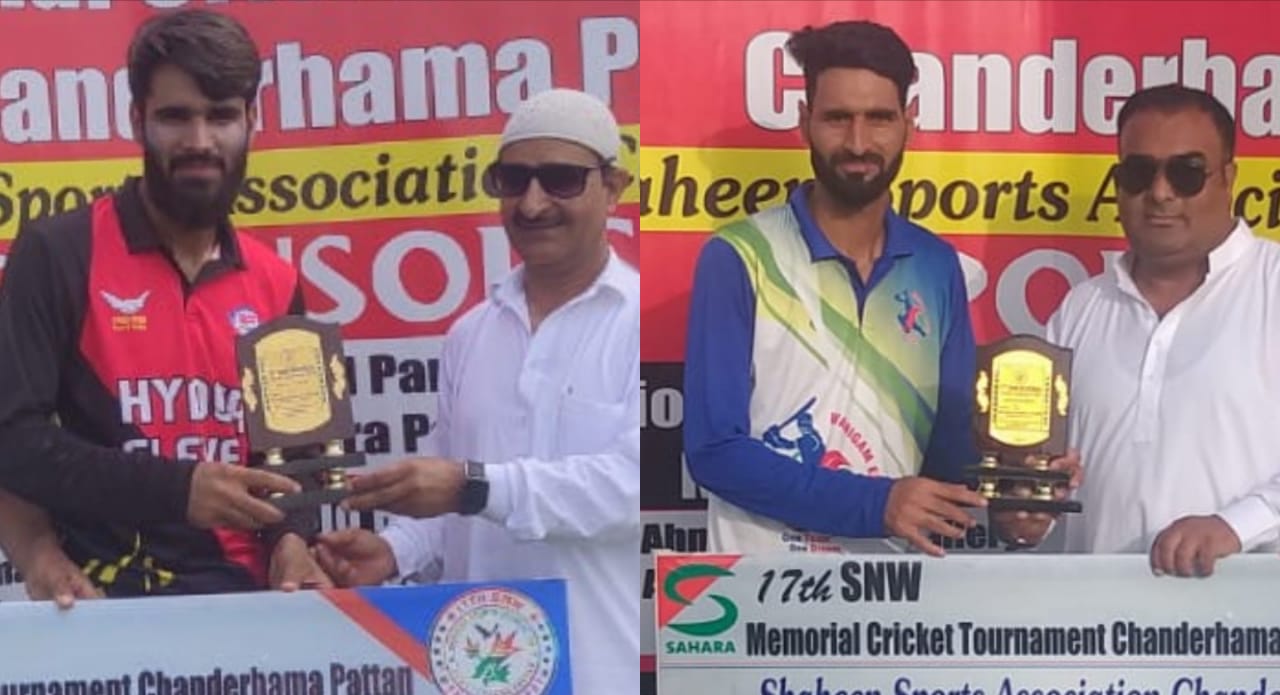