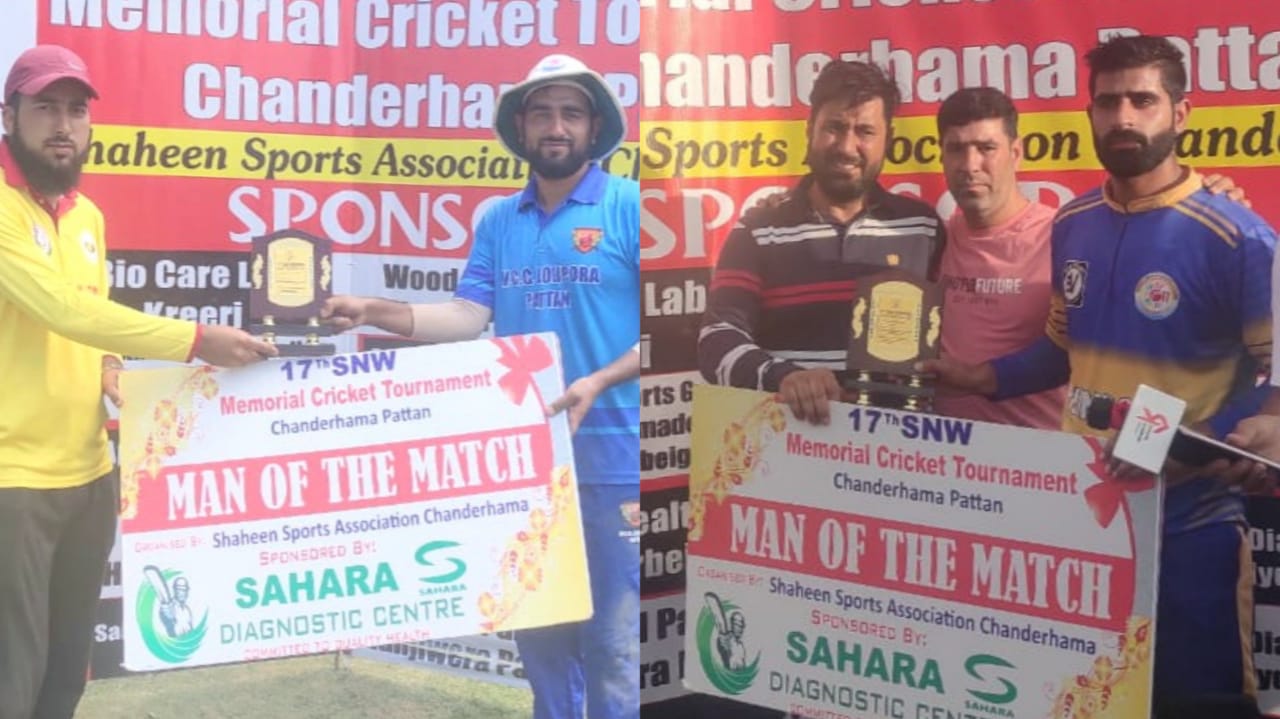 In match one, Lolipora posted a huge total of 221 runs in the alloted 20 overs. Khalid Ahmed with 86 was the top-scorer. Javid Ganai and Waseem picked two wickets each.

In reply, City Gymkhana played superbly as they reached very close before finally falling short by 4 runs. Nouman Baba socred 69 while as Javid struck a breathtaking unbeaten 52 runs. For bowling side, Gowhar Rashid took a four-wicket-haul, earning him man of the match award.

In match two, Kashmir Gymkhana scored 173 runs after opting to first. Farooq made 55 runs for them while Zubair Malik picked three wickets for the bowling side.

Tangmarg chased down the total dramatically in the last over with four wickets in hand. Ashraf made 41, Raja Muneer 27 and Kaysir 26 runs in the victory.

Ashraf was lastly declared man of the match.