Someone who has a family member on death bed doesn’t care about cricket, says Adam Zampa after leaving IPL 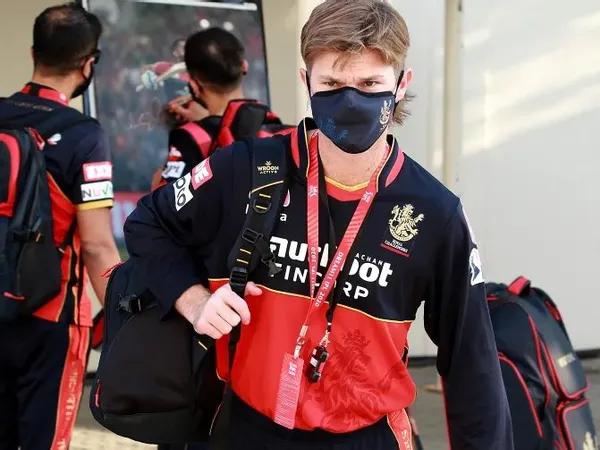 Zampa who was part of Royal Challengers Bangalore (RCB) in IPL also said that someone who has family member on death bed doesn’t care about cricket .

“There’s a lot of people coming out and saying games of cricket could be a reprieve for some people but that’s also going to be a personal answer. Someone who has a family member on their death bed probably doesn’t care about the cricket,” Zampa told Sydney Morning Herald on Tuesday when asked about money loss he will suffer after leaving IPL midway

“I feel like for leaving anyone leaving halfway through a tournament, it’s definitely a financial sacrifice. But from my point of view, I wanted to put my mental health first,” said Zampa.

Zampa was not the only one to leave IPL midway, his Australian teammate Andre Tye who was part of Royal Challengers Bangalore also left. The duo flew back to Australia on Tuesday. Amoung others to have left IPL midway included Australian Kane Richardson of RCB , Ravi Chandran Ashwin of Delhi Capitals and Liam Livingstone of England.

Zampa termed IPL bio bubble in India as most vulnerable compared to what it was in UAE.

“The IPL that was held in Dubai six months ago didn’t feel that way at all. I felt like that was extremely safe. Personally, I feel like that would have been a better option originally for this IPL, but obviously, there’s a lot of political stuff that goes into it,” he said.

He pointed out thay may be due to upcoming T20 World Cup , BCCI held IPL in India to send message .

“Obviously there’s the T20 World Cup that’s meant to be happening here later this year. That’s probably going to be the next discussion in the cricket world. Six months is a long time,” he added.

Zampa didn’t get a game this season after being bought for ₹1.5 crore. He said a lot of factors were responsible for his decision to leave the IPL.

“Obviously the COVID situation over here is pretty dire. I just felt, rocking up to training and stuff, obviously, I wasn’t playing in the team as well, I was going to training and I wasn’t finding the motivation. There were a few other things like bubble fatigue and the chance to get home, once all the news broke about the flights and everything. I thought this was the best time to make the call.”