Cape Town, January 14: Rishabh Pant’s unbeaten 100 bailed India out of trouble after an early collapse, but South Africa took control by stumps thanks to a brilliant partnership between Dean Elgar and Keegan Petersen.

South Africa finished the day at 101/2, still needing a further 111 runs to win. That was largely due to the 78-run stand between Petersen and Elgar after the opener Aiden Markram fell early in the final session.

India had gone into the final session on a high, thanks to Pant’s magnificent 100*, which helped them set the hosts a target of 212. However, so effective were Petersen and Elgar that the tables quickly turned.

Petersen carried his rich vein of form as he played some delightful shots to remain unbeaten on 48 at the end of the day’s play. Elgar, meanwhile, did find himself in tricky positions, but managed to survive and helped build a stand of 78.

Unfortunately for the South Africa captain, he was dismissed at the very end of the day, when he tried to chase a wide delivery down the leg side from Jasprit Bumrah and was caught behind for 30. Stumps were called soon after, setting up an intriguing fourth day.

Despite that, the plaudits for the day will go to Pant. India hadn’t gotten off to the kind of start they were looking for in the morning – they lost Cheteshwar Pujara and Ajinkya Rahane within the first two overs of the morning, but Pant rose to the occasion and scored a magnificent century to dig the visitors out of trouble.

Petersen took a brilliant catch at leg slip to bring an end to Pujara’s innings in the second delivery of the morning by Marco Jansen. Rahane’s struggles continued as he got dismissed in the very next over by a terrific delivery from Kagiso Rabada. It meant India were four down having added just one run to their overnight score of 57/2.

Virat Kohli held his end up, like he did in the first innings, and Pant joined him in the middle, knowing a partnership at this stage was paramount. They batted sensibly and succeeded in dragging India out of the doldrums, Kohli’s caution, and constant guidance, allowing Pant to play his natural game.

Pant took a liking to Keshav Maharaj in particular, looking to attack him whenever he was brought on. The 24-year-old hit some long sixes off his bowling as well, and they carried India safely through to lunch.

They carried on into the second session, but a blistering Lungi Ngidi spell brought the the Proteas right back into it. Ngidi provided a much-needed breakthrough, dismissing Kohli to bring an end to his 94-run stand with Pant. Kohli attempted a booming cover drive, but only managed to fend it to the slip cordon, where Markram took a terrific catch.

Thereafter, it was all about Pant. India lost their last five wickets for just 36 runs, with Ngidi claiming two of those wickets – R Ashwin and Shardul Thakur – in quick succession. But Pant managed to defy South Africa, scoring quick runs towards the end to get to a well-deserved century off just 133 balls.

It was his fourth Test century, and third overseas. He also became the first Indian wicketkeeper-batter to score a hundred in South Africa.

India were soon shot out for 198, and the partnership between Petersen and Elgar would change the mood in the camp – but both teams have hope, to contrasting degrees, come day four. 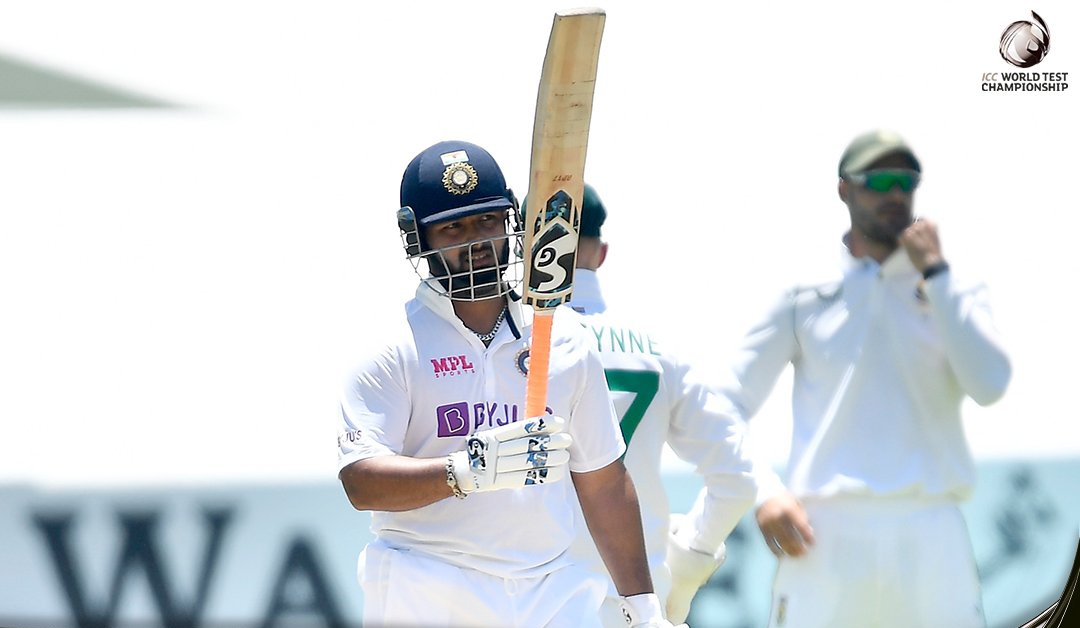