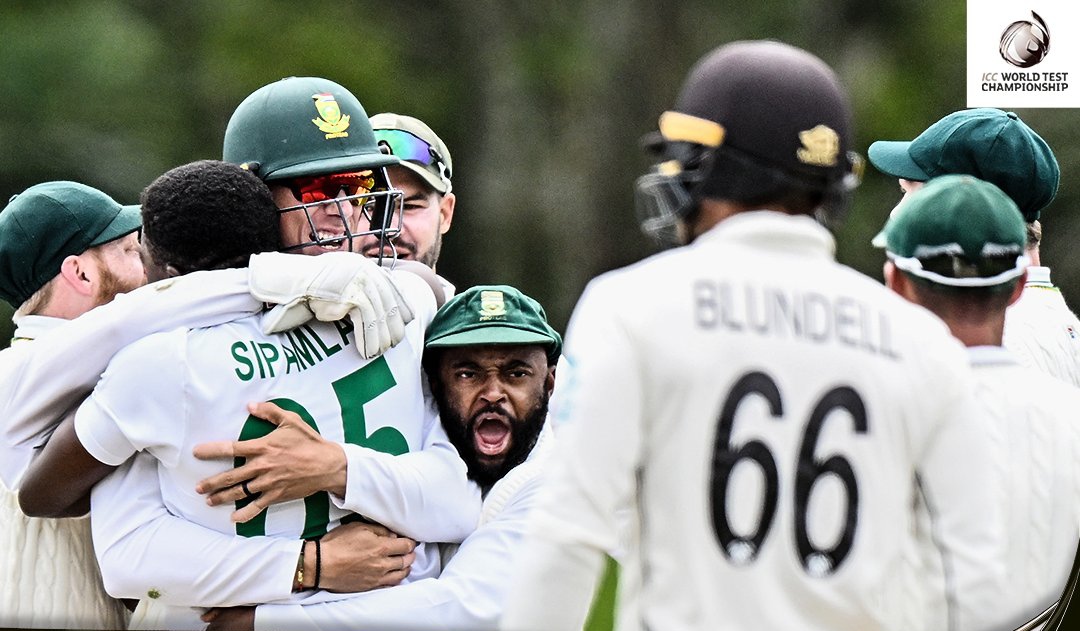 Christchurch, March 8: South Africa have taken the final six wickets with relative ease on the fifth and final day to claim an emphatic 198-run victory over New Zealand in the second Test at Christchurch.

The home side showed some fight with the bat at times at Hagley Oval on Tuesday, but ultimately had too much to do as Keshav Maharaj (3/75) picked up the final New Zealand wicket early in the final session to ensure victory.

It means the two-Test series ends up tied at 1-1, following New Zealand’s resounding win by an innings and 276 runs in the opening Test last month.

The triumph sees South Africa earn valuable points in the ICC World Test Championship standings, although they remain in fourth place with 60% of possible points.

New Zealand stay in sixth position on the standings, with their percentage of possible points dropping to 38.88 percent.

Resuming at 94/4 and still needing a further 332 more runs for an unlikely victory, New Zealand made a cautious start through Devon Conway and Tom Blundell.

Paceman Lutho Sipamla (1/29) made the vital breakthrough for South Africa by getting rid of Conway (93) just before lunch and, when Blundell (44) and first innings centurion Colin de Grandhomme (18) fell in quick succession after the break, the Proteas were just three wickets away.

South Africa took the second new ball midway through the middle session and it almost paid immediate dividends as Kyle Jamieson was given a life in comical circumstances with Marco Jansen’s first delivery with the new cherry.

It mattered little as Jamieson (12) picked out Kagiso Rabada in the deep two balls later for Jansen’s third scalp as the home side were just hanging on at 201/8.

Tim Southee and Neil Wagner dug in for a short while, until Rabada returned to the attack to claim Southee as the end of the match threatened.

A brief rain delay saw an early tea taken, but things soon cleared up and Maharaj trapped Matt Henry (0) in front to make sure South Africa claimed the series-levelling victory.