In the boys Pool SCCA Reds lifted the cup while as SCCA Greens emerged as runner up. Farhan for his brilliant knock was adjudged player of the match.

In the girls Pool SCCA Orange won the trophy against SCCA Reds. Khushboo for her brilliant knock was declared player of the match.

Umar Baba and Bisma Hassan were awarded player of the series in their respective categories, while as Harsimrat Singh and Maria were declared emerging players in the boys and girls junior category respectively.

Nusrat Gazala Divisional Sports Officer (C) was Chief Guest on the ocassion. Abid Nabi , who was also the chief organiser of the event was also present on the occasion.

Speaking on the ocassion chief guest was all praises for the trainees and coach Abid Nabi for putting an exemplary show during the event. She also said that on the directions of Nuzhat Gull Secretary Sports Council who has desired to make coaching programme more more effective, result oriented and extend its reach, that Cricket Academy shall resume the evening classes from 17th August 2021 at 3:00 PM.

These classes will be specifically for women cricketers and U-16 boys. 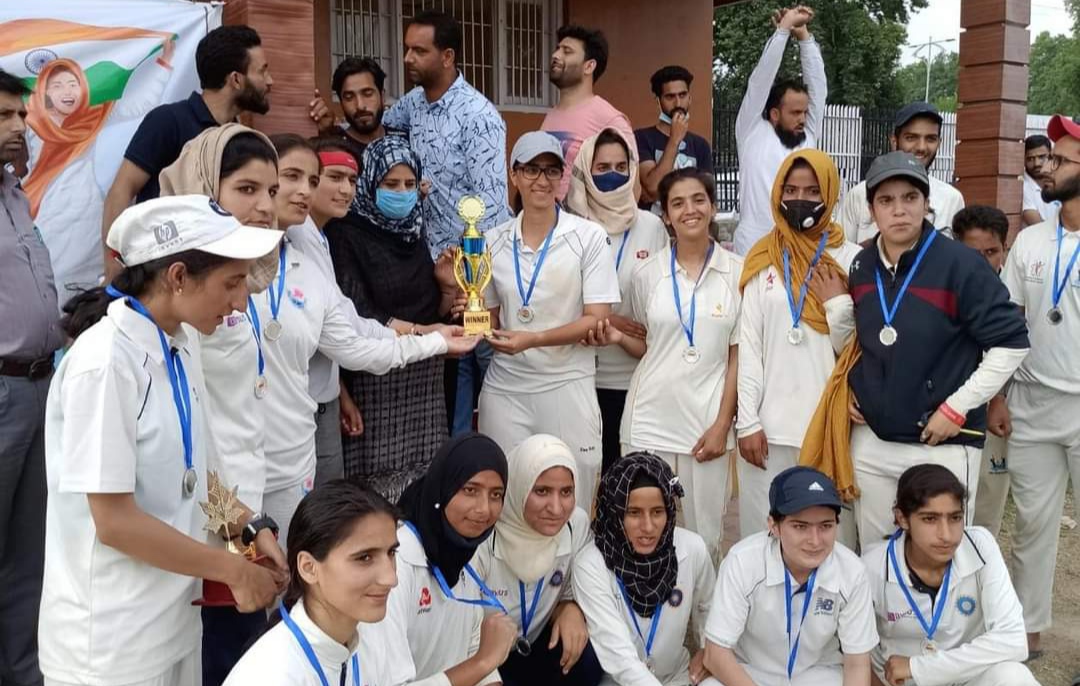