As per organisers the tournament would be played on turf wicket and each team would be playing guaranteed three matches.

The tournament would be having only 16 teams and the registration fee has been fixed at 10,000 per team.

“Winning side would be awarded Rs 40,000 prize money while as runner up will get Rs 20,000. There would be man of the match in every match while as player of series will get Rs 5000 prize money. Apart from that best batsman , bowler awards would also be on offer ,” said organisers Sajad and Mehraj. 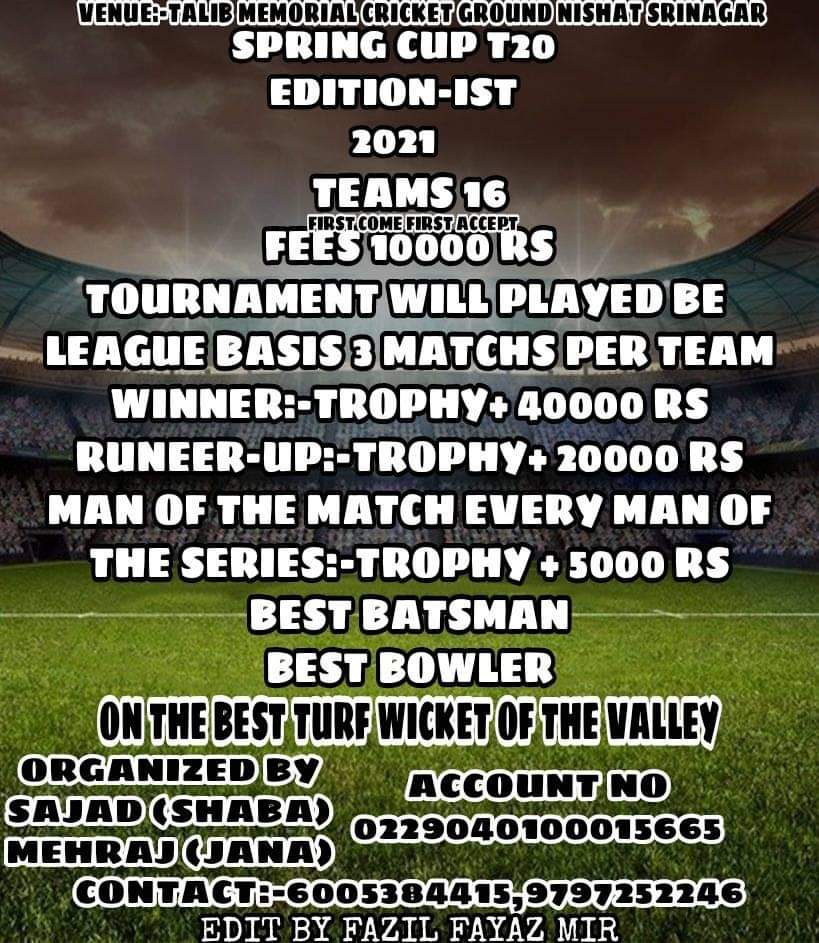 Newer Post
Pep Guardiola says it is time to learn cricket, thanks Virat Kohli for RCB shirt
Older Post
Give someone else a chance also: Tabraiz Shamsi to Mohammad Rizwan