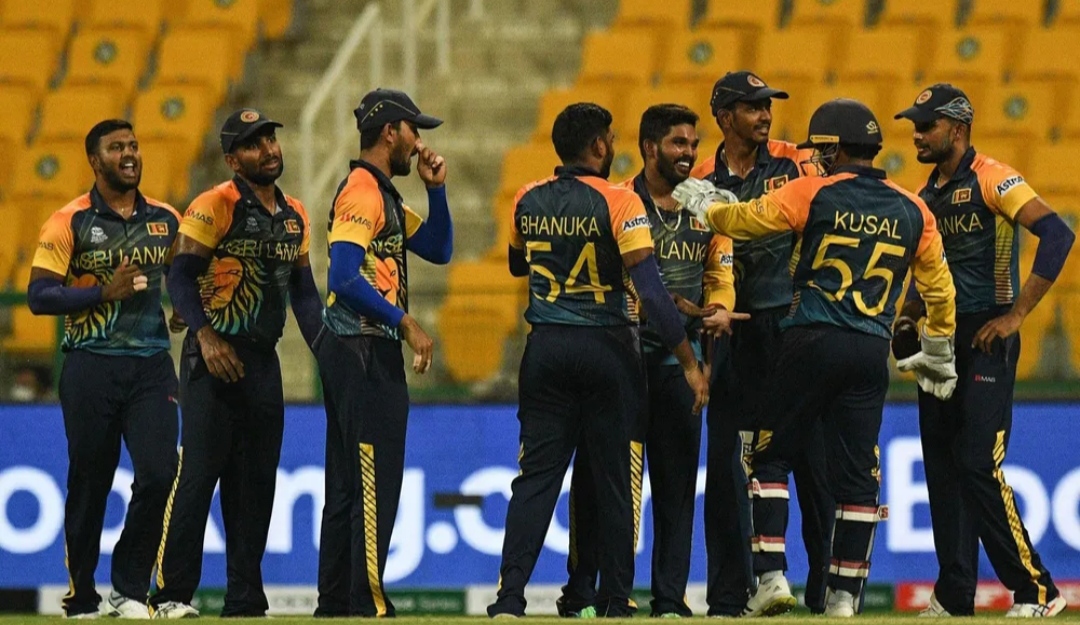 Dubai, October 21: Sri Lanka became the first team to progress from the First Round of the ICC Men’s T20 World Cup 2021 into the Super 12s after an emphatic 70-run win against Ireland.

Wanindu Hasaranga hit 71 with the bat as the 2014 champions made 171 for seven batting first, before Maheesh Theekshana’s mystery spin helped them dismiss Ireland for 101 in Abu Dhabi.

Sri Lanka are the only side in Group A with two wins from two and, with Ireland facing Namibia in the final round of games, they are assured of a place in the Super 12s, while also knowing that a win over Netherlands on Friday will see them top the table and join England, Australia, West Indies and South Africa in Group 1 as team A1.

Meanwhile, Ireland and Namibia face off in a mouth-watering match that will see the winners also qualify for the Super 12s.

Ireland arrived at Sheikh Zayed Stadium with their tails up following a handsome seven-wicket success against Netherlands in their opening game and had the confidence to field when they won the toss.

That put Sri Lanka in and all eyes were on their top order after head coach Mickey Arthur admitted on the eve of this contest that scoring runs is their weakness. Unfortunately for the Lions, that continued in the early stages.

With just the second ball of the innings, Kusal Perera spooned a well-flighted Paul Stirling off-break to cover, where Gareth Delany made a spectacular catch by diving forwards and just getting his fingers underneath the ball.

That brought Dinesh Chandimal to the crease, the 31-year-old just 56 runs short of 1000 in T20 internationals. But he only added six to his total, after dragging a Josh Little delivery back onto his stumps.

Little then made it two wickets in two balls, with a superb delivery that seamed through Avishka Fernando’s bat and pad and upended off stump. After ten balls, Sri Lanka were eight for three.

Arthur changed his batting order and sent in big-hitting all-rounder Hasaranga to get the scoreboard moving.

The right-hander did just that after a cautious start, punching a four through the covers off Little and then finishing the power play with four successive fours off Simi Singh, as Sri Lanka reached 47 for three.

Hasaranga stayed on the front foot as he clubbed a massive six over long on at the end of the eighth over and led Sri Lanka to 78 for three at the halfway stage of their innings.

He was ably supported by opener Pathum Nissanka, who gradually warmed to the task. The 23-year-old averages 64.45 in first-class cricket and showed how well he times the ball with a monstrous six over wide long on in the 12th over.

Hasaranga cut a boundary through backward point to move past 44 and set a new T20I career-best score, while he reached a half-century with another firm strike through point, as Sri Lanka’s batters upped the strike-rate again.

Ireland needed an answer and were handed a lifeline in the 16th over when Hasaranga eventually sliced a flighted Mark Adair ball to backward point, departing for 71.

Nissanka, who by this point had reached his own maiden T20I half-century, upped the ante, but he edged Little behind on 61 at the end of the 19th as the left-armer finished with figures of four for 23, his best in a T20 international.

There was also time for another milestone as Adair picked up his 50th T20I wicket by bowling Chamika Karunaratne with a yorker but skipper Dasun Shanaka scored ten runs from the final two balls, to help Sri Lanka set an imposing 171 for seven.

Ireland made a slow start in reply, losing big-hitting openers Kevin O’Brien and Paul Stirling in the first three overs to dent their chances of a successful run chase.

Hasaranga then did for Delany with a googly that breached his defence and hit the stumps to leave Ireland on 32 for three midway through the sixth over.

Captain Andrew Balbirnie and all-rounder Curtis Campher joined forces and set about rescuing the innings, which they did with dogged determination.

They put on 53 for the fourth wicket but Campher went for 24 at the end of the 13th over when he was bowled by Theekshana and that sparked a collapse.