Legendary paceman Wasim Akram said that Sri Lanka had a promising crop of fast bowlers despite their traditional reliance on spin after holding a coaching session with the islanders Thursday.

After spending several hours with the national team’s main established strike bowlers and promising youngsters, Akram said there was no lack of raw pace but they needed to develop their ability to swing the ball.

“Most of the bowlers had a pace of 130 to 140kmph,” said Akram who himself bowled at a similar pace in his prime in the 1990s when he was one of the world’s leading players in all formats.

Akram, who is now 50, said slower wickets were a fact of life in South Asia, particularly in Sri Lanka whose most successful bowlers have been spinners, including the record-breaking Muttiah Muralitharan.

But he said there was no reason why fast bowlers could not thrive on slower tracks as long as they had the right tricks up the sleeve.

“The idea is to teach them how to believe in themselves and how to fox out the batsmen,” he said after a coaching session at the Sinhalese Sports Club (SSC) grounds in Colombo.

Akram was joined at the SCC by Sri Lankan legends Aravinda de Silva and Chaminda Vaas, both of whom had played against the Pakistan swing king.

Vaas, a former seamer, was recently tasked with identifying fast bowling talent across the cricket-mad island.

Regarded as one of the best left-arm pacemen ever to grace the game, Akram took 414 Test wickets and 502 in 356 one-day internationals — both still a Pakistan record.

Sri Lanka Cricket Chief Thilanga Sumathipala said they invited Akram to mentor local players in the next two years and visit the island at least twice a year.

“We have invited him to be with us in the next two years as our consultant in pace bowling,” said Sumathipala.

Sri Lanka, who have just completed a clean sweep of Zimbabwe, are to embark on a tour of South Africa later this month where they will play three Tests, three T20 matches and five ODIs. 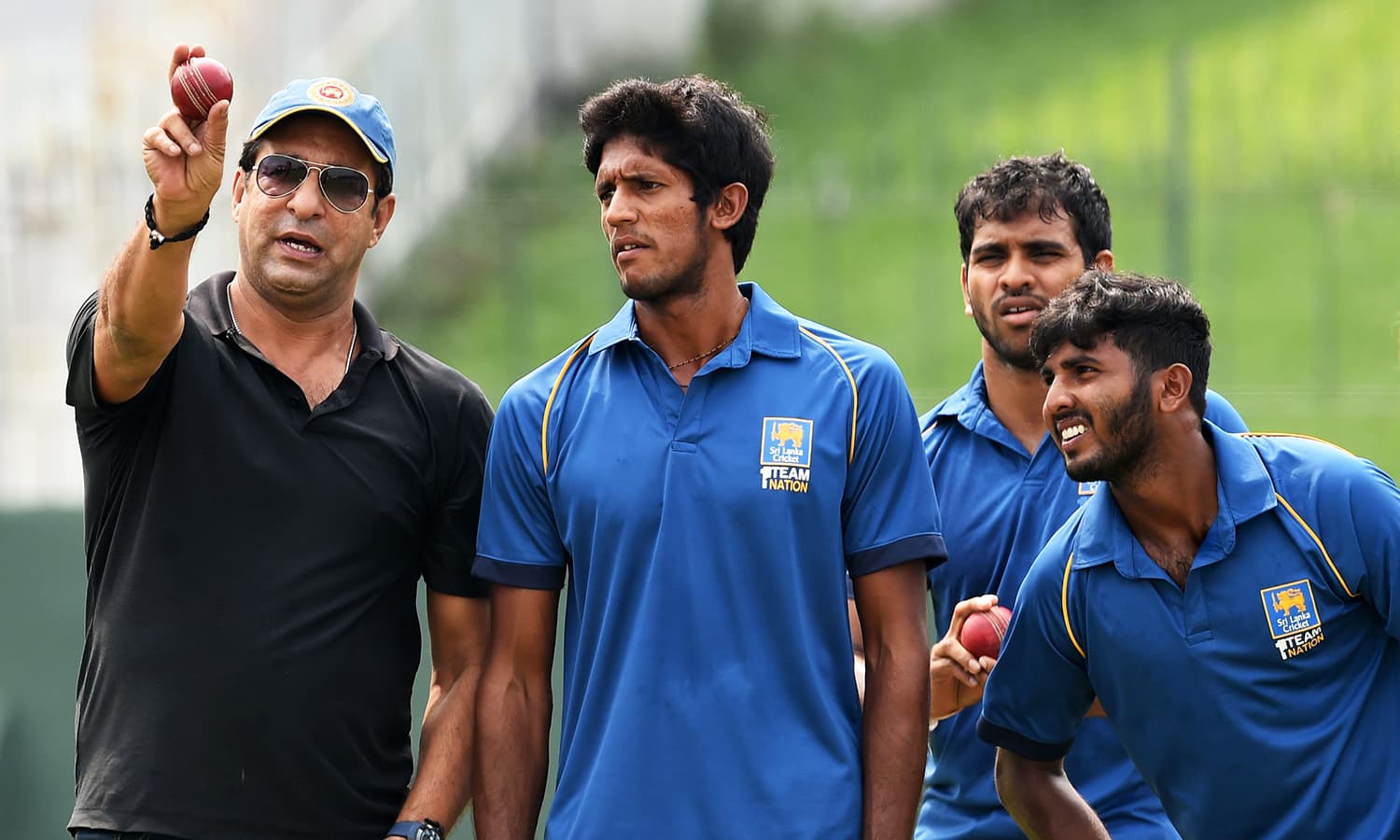