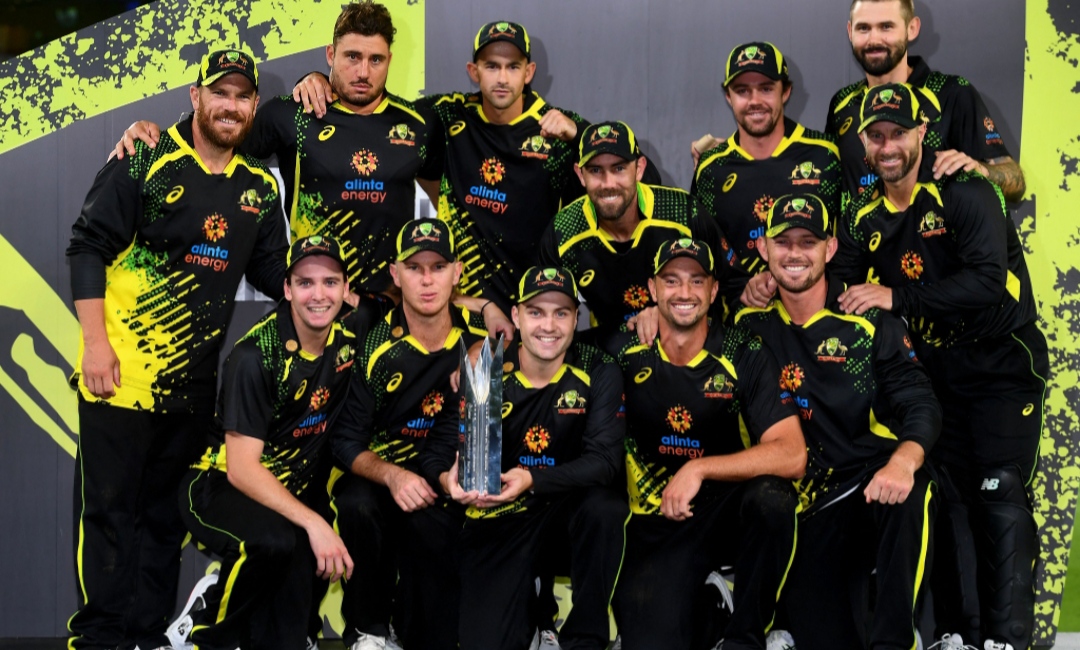 Melbourne, Febuary 21: The Australia dominance in the five-match T20I series came to an end at the Melbourne Cricket Ground (MCG) as Dasun Shanaka and Kusal Mendis shone in a 5-wicket triumph for the visitors in the final contest.

In the fifth and final T20I at the MCG, Aaron Finch chose to bat first against Sri Lanka in the hopes of a whitewash. The hosts came unchanged into the final T20I, but they did away with the plan of sending Ashton Agar to open with Ben McDermott and the Australian captain moving back at the top of the order.

Finch and McDermott failed to give the hosts a good start. Both openers struggled to score in the Powerplay and while looking for a boundary, Finch went down the wicket and attacked Dushmantha Chameera but the mid-on fielder ran back and took a brilliant catch to dismiss him for 8.

In the very next over, McDermott top-edged one into the hands of the point fielder and followed Finch to the pavilion. Josh Inglis and Glenn Maxwell who starred in Australia’s six-wicket win in the 4th T20I, helped to steady the ship – but after a brief recovery, a bouncer from Chameera broke the partnership and removed Inglis for 23.

The Australians went into deep trouble when Lahiru Kumara was brought back into the attack in the 13th over. He took back-to-back wickets of Marcus Stoinis (17 off 10) and Glenn Maxwell (29 off 21) in the same over, putting Sri Lanka in command. But some fine work from Matthew Wade helped Australia set up a fighting total of 154/6 in 20 overs. Matthew Wade’s 27-ball 43* turned out to be crucial as Australia scored 58 runs off the final five overs.

The Sri Lankans began their run chase with Kusal Mendis and Pathum Nissanka at the crease. The openers gave a steady start but Kane Richardson in his very first over, came up with the wicket of Nissanka (13 off 8). The debutant Kamil Mishara who came out to bat at number three found himself unlucky to get run out on 1. With his 9-ball 20, Charith Asalanka showed some character, but his poor shot selection off Agar’s first delivery sent him back to the pavilion.

Another rookie, Janith Liyanage, joined Mendis in the middle, but the debutant’s nervousness and the batters’ lack of communication resulted in another run-out. Liyanage failed to complete a double, ending up getting run-out on 8. The three quick wickets including the two run-outs brought Australia back in the game. However, steady innings from Mendis (69* off 58) and captain Dasun Shanaka (35 off 31) helped Sri Lanka fight their way back into the game and take the match to the wire.

With 9 runs needed off the final over, Richardson only gave away two runs in the first two deliveries but Shanaka smashed a six off the third ball, levelling the score. However, the drama didn’t end there as Shanaka lost his wicket on the next delivery. With two balls to go and one run to win for Sri Lanka, Richardson went off the field due to pain, forcing Daniel Sams to bowl the final two deliveries. Chamika Karunaratne completed the formalities for the visitors and hit the winning runs to help Sri Lanka win their first T20I of the series by 5 wickets.