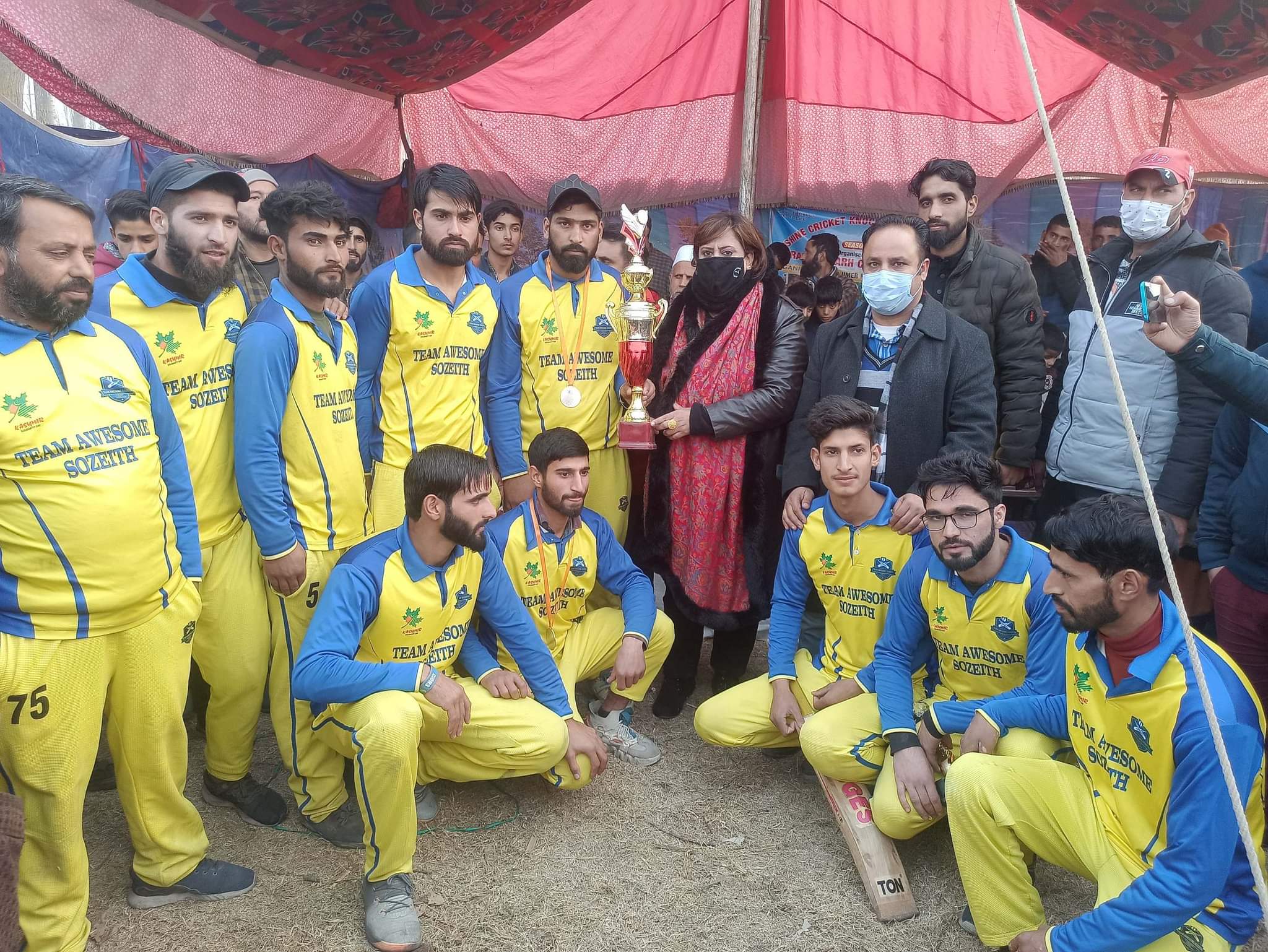 In the match, batting first Star 11 got off to a flying start. Both openers Raja Irfan and Mubashir Ahmad played brilliantly by putting on 200 plus score for the first wicket.

Raja Irfan scored 174 run knock and helped them post a good total of 275 runs on board.

Raja Nighat Aman, SSP Security Civil Secratarait Srinagar was chief guest and
Rahi Riyaz Ahmad Prominent Social Activist and Chairman Ahsan Foundation J&K was as Guest of Honour and distributed prizes and mementoes to the players and to the officials.

The Tournament was organised by Rambir Grah Cricket Club .