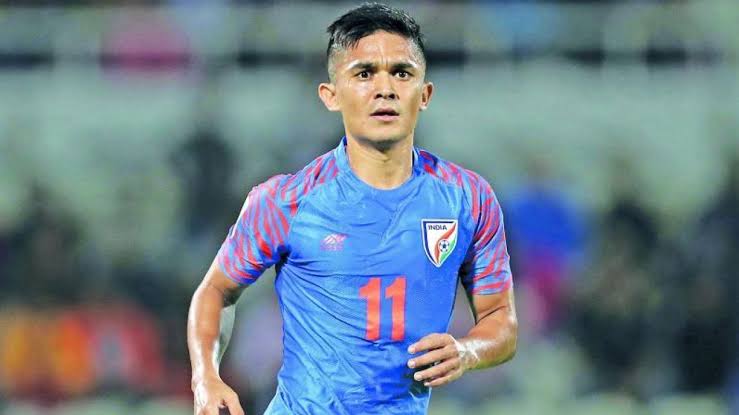 By Kashmir Sports Watch
June 17, 2022
Srinagar: Indian National football team captain and legend Sunil Chetri has termed coach Igor Stimac as one of the best managers he has played under.
Under Croatian , Indian team qualified for the Asian Cup.This is for the first time India made the continental showpiece for a second time in a row.
“He (Stimac) is one of the best managers that we have played under. The boys are very comfortable. He’s very approachable, talks to everyone, treats everyone well. A very warm guy,” Chhetri told reporters during an interaction in Kolkata.
“He played at the top level, so understands the players’ psyche. He understands the dressing room and the boys, knows well what to say and what not to say, how to encourage them, it’s something he’s really good at,” Chetri said.
Stimac’s contract was recently renewed keeping in mind the Asian Cup qualifiers.
Before Stimac, Bob Houghton enjoyed a similar backing from his players ahead of the 2011 Asian Cup.
“He (Houghton) had a more stable team, there were a lot of senior boys with him. With Stimac, he’s a lot more of young side, a lot of youngsters coming in. That’s the slight difference,” Chhetri said.
Chetri scored his 84th goal for India against Hong Kong in their final match of the Asian Cup qualifier.
Chhetri is now level with Hungarian Ferenc Puskas in the all-time top-scorers list. He is only behind Cristiano Ronaldo and Lionel Messi in the list of top-scoring active International players.