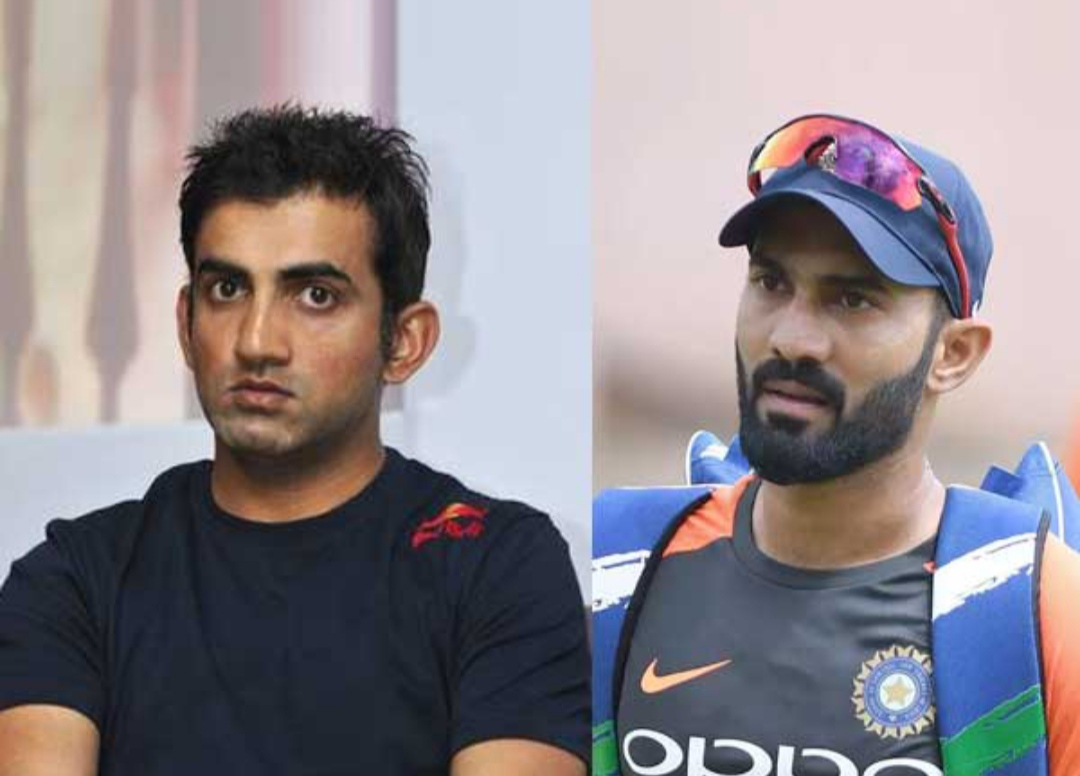 By Kashmir Sports Watch
June 18, 2022
Srinagar: Former India cricketer turned expert Sunil Gavaskar has slammed another former India cricketer turned politician Gautam Gambhir for his comments on Dinesh Karthik not fitting into Team India’s World T20 Squad.
T20 World Cup is slated to take place in Australia in October-November this year.
Ahead of the fourth India vs South Africa T20I, Gambhir on Dinesh Kathik’s World Cup had said, “If he doesn’t have a place in the playing XI, there’s no point giving him a place in the squad”
Gavaskar firmly disagreed with that and said Karthik could be “the guy India want.”
The former India captain did not take Gambhir’s name while but that his remarks came in response to the former left-hander’s thoughts.
“I know people are talking about how can you include him in the team when he’s not going to play. How do you see he’s not going to be able to play? He could be the guy you want. You look at the form and not reputations, names and then you pick the guy,” Gavaskar said in the post-match show on Star Sports on Friday.
Karthik was adjudged Player of the Match for his brilliant 27-ball 55-run knock in India’s must-win encounter against South Africa in Rajkot. The veteran wicketkeeper-batter hit two sixes and nine fours, scoring at a strike rate in excess of 200.
Gavaskar said one should not look at Karthik’s age and instead should at how he is scoring those important runs at an impressive strike rate in a difficult situation.
“He (Dinesh Karthik) doesn’t get too many opportunities, bats at No. 6 and 7. You can’t expect him to get 50 regularly. He’ll get you a good 40 in 20 deliveries and that’s what he has been doing consistently. He the exactly the same thing again and that is the reason why he’s very much in contention for a place in the World Cup squad. The way he got runs today, India were down and out. It showed great character, showed great determination, and showed great sense of purpose. He’s desperate to play for India again. I think that might be his swansong. I know there’s a 50-overs World Cup next year and he might want to be available for that as wel. But whatever it is, don’t look at the man’s age, look at the performances,” he said.