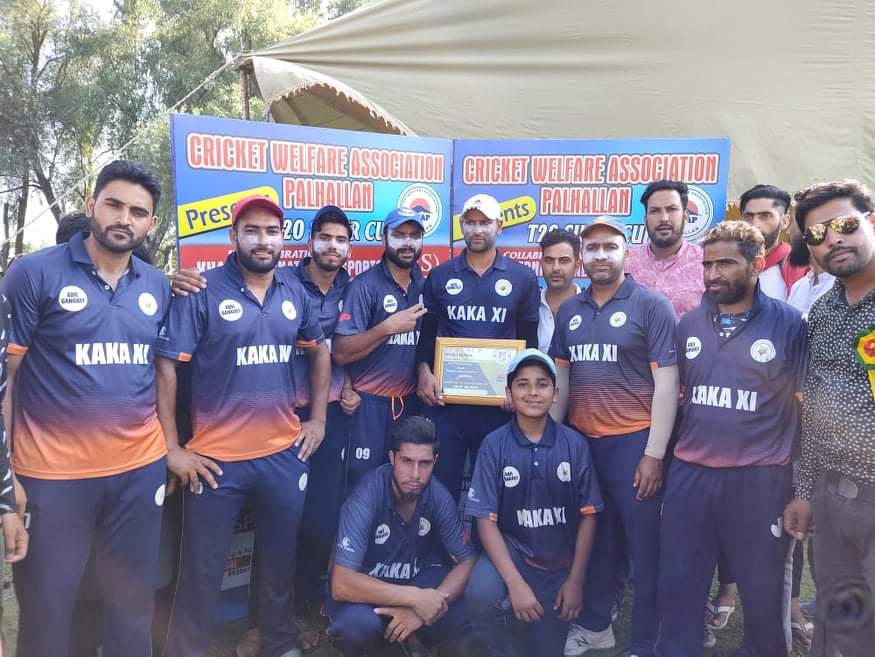 Batting first BCC Reds scored 123/9 in allotted 20 overs. Nissar Ah opener of BCC Reds was top scorer with 46 runs, while as No.10 batter Aadil Maqbool played a little cameo of 36 from 13 balls. Robby took 3 wickets while as Urooj and Sikinder took 2 wickets each respectively for KAKA XI.

In reply , KAKA XI chased down the target of 124 comfortably in 12.4 overs. Robby scored 56 while as Mohsin contributed 37 runs in teams chase. Shafi took 2 wickets for BCC Reds Baramulla .

Robby was adjudged MOM for his all-round performance .

SDPO Pattan Zaffar Ah was Chief guest of the occasion .