The First match was played between Old City FC & Qamarawri FC . Both the clubs started with the dominating approach trying to beat the defence lines to find the net. Both got ample opportunities to score but missed the targets. The match ended with goalless draw.

The 2nd Match was played between Solina Sports FC & Young Rangrath FC. In the 10th minute of the first half Arsalan Parray of Solina Sports find the net and scored tremendous goal .The game picked up momentum and both the teams played an offensive Football to find net. Solina Sports FC played with all their might but could not stop Rangrath FC forward player who made beutiful move and made no mistake to score an equalizer. Both teams trying their hard to take the lead but failed. The match ended with 1:1 goal draw.
The Tournament is organized by JKFA in collaboration with JKSC. 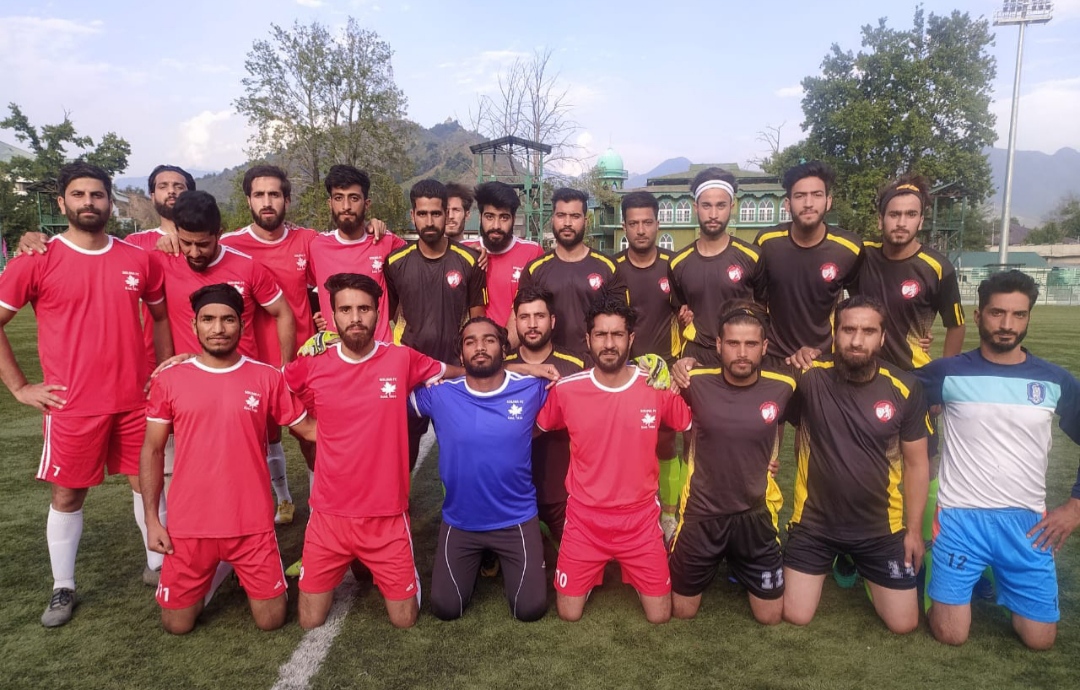