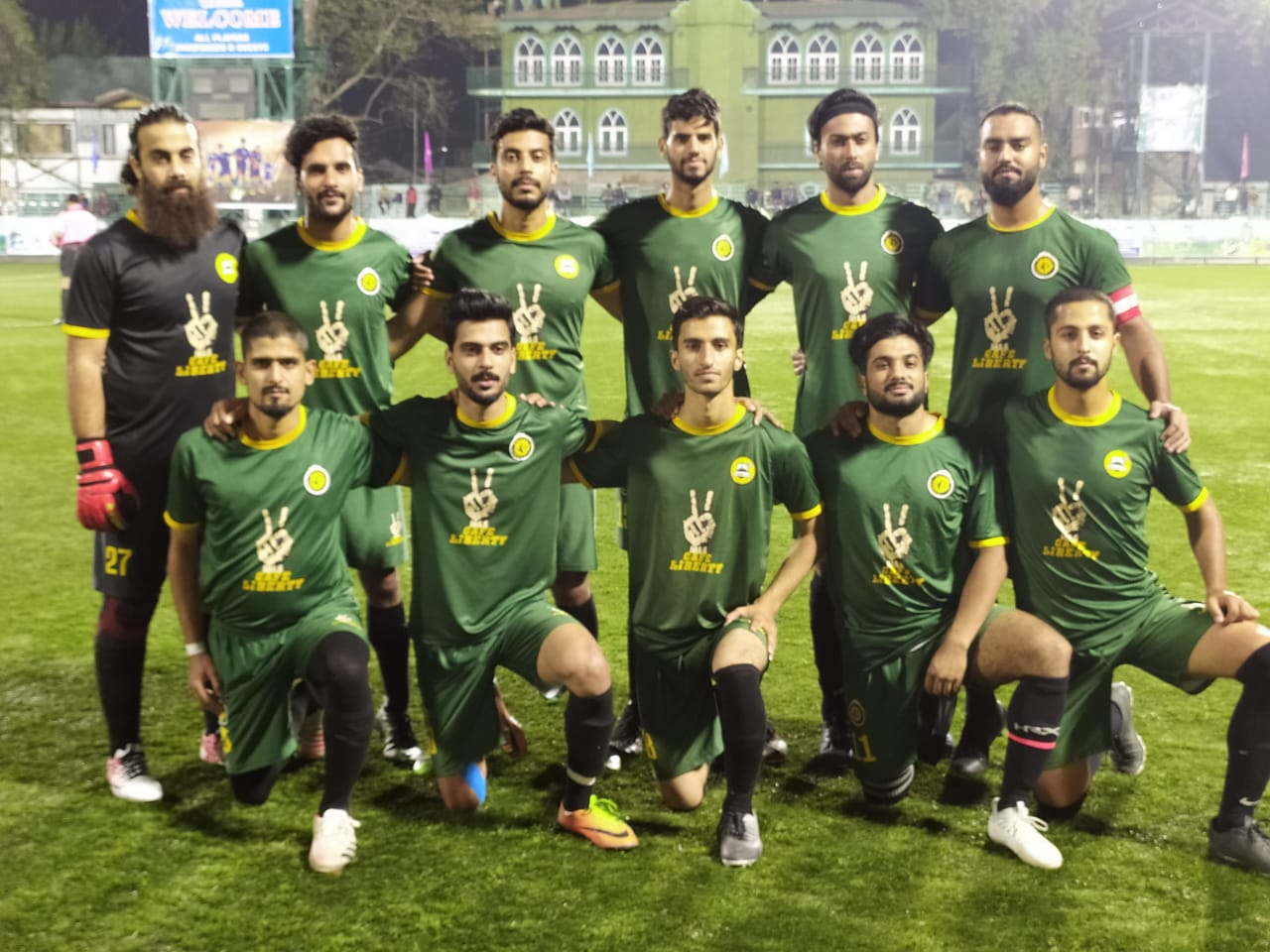 Srinagar, October 6: Galaxy Football Club has qualified into the final round of the Super Division annual football league.

The 2nd Semi Final Match of Annual League Football Tournament of Super Division was played at Synthetic Turf TRC, Srinagar between Galaxy FC & Real Kashmir U-18 under flood lights at on 5th of October.

Both the teams made attacks in the first half, but they couldn’t score any goal and the score line at the half time read 0-0.

In the second half Galaxy FC players geared up and made frequent attacks on the opposite goal post and in the 43rd minute of the play Shizan scored a beautiful goal for Galaxy FC.

Real Kashmir FC consolidated their position and made some good moves but could not score due to poor finish. In the 58th Minute Shizan scored 2nd goal for Galaxy FC & the team controlled the game till the final whistle.